A native of West Chicago, IL, Rev. John Schwantes, S.J. joined the Faber Center in Fall of 2016. He was ordained in Milwaukee in 1969 and since then has engaged in a number of priestly ministries. He taught theology and social studies at Creighton Prep in Omaha, and then became Director of Campus Ministries at Creighton University from 1971-75. At that time he became deeply involved in Christian Life Communities (CLC), developing local groups in the Twin Cities, St. Louis and Milwaukee from 1971-1997. From 1976-1981, he lived in the inner city of St. Louis while involved in the formation of young Jesuits. From 1991-1995, Fr. John also did spiritual direction and retreat work with faculty and staff at Marquette University through the Center for Ignatian Spirituality. He took his skills to the Sioux Spiritual Center in Plainview, SD, offering retreats to Native Americans in the Rapid City diocese from 1997-2000. He went to the Jesuit Retreat House in Oshkosh, WI in 2001 becoming its director from 2003-2014. The Spiritual Exercises and Al/Anon have enriched his life and ministry throughout his priestly career. 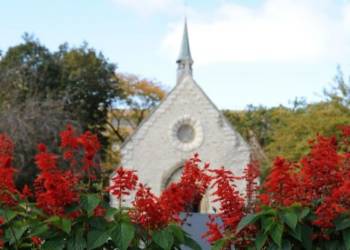