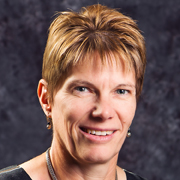 Dr. Smith joined the University Medical Clinic in 2002 as its Medical Director. In 2004 she was named head medical team physician and medical director for the Department of Intercollegiate Athletics and the Athletic Training Educational Program, a position she still holds. She became the Executive Director of the University Medical Clinic in 2009. Dr. Smith is an adjunct clinical faculty member in the College of Health Sciences. She guest lectures in multiple courses through the Department of Physical Therapy as well. She will be starting a runner clinic at Marquette that will be open to students, faculty, administrators, staff, and the public.

Prior to joining Marquette, Dr. Smith was in private practice in Mequon, Wisconsin before accepting a position with the Medical College of Wisconsin as an Assistant Professor in the Department of Family and Community Medicine. She has presented at numerous conferences and has published in the Journal of the American Medical Association, The New Physician, and Clinics in Family Practice. She is the co-author of Running for Women, a book published in 2012.

An avid runner, Dr. Smith competed for the University of Wisconsin and participated in the U.S. Olympic Marathon Trials. She is a national age-group record holder and former 100K and 24-hour national ultramarathon champion. She has been a member of the USA Track and Field 100K National Team on seven occasions, most recently in Italy where she was a member of the gold medal winning team. Dr. Smith serves on the Board of Directors for Special Olympics Wisconsin. 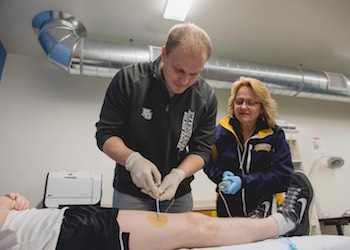