Institute for the Transformation of Learning

To support exemplary education options that transform learning for children, while empowering families, particularly low-income families, to choose the best options for their children.

History of the Institute

Within Marquette's commitment to social justice, Howard L. Fuller, Ph.D. ('85) founded the Institute in 1995 to provide quality educational options for students of low-income families.  Since then, the Institute has won nearly $14 million in grants from local and national foundations for working across systems to reform K-12 education in Milwaukee and nationally.  The primary beneficiaries for all of the work of the Institute are low- income children and families in the City of Milwaukee, and children anywhere who are being ill served by the current systems of education.

From 1999-2005, the School Design and Development Center supported the development of over 30 schools; sponsored Academic Olympics which engaged nearly 1,500 K-12 students annually; and created a Family Foundations program which provided leadership workshops for over 40 families.  During 2002-2004, Marquette's School of Education and the Institute sponsored a Master's Degree in Educational Leadership for 24 inner-city educators.

In 2000, the Institute launched the Black Alliance for Educational Options (BAEO) during a National Press Club broadcast from Washington, DC. Chapters formed across the nation to empower Black parents to determine the best school options for their children. The Institute published The Milwaukee Public Schools' Teacher Union Contract (1997), Lies and Distortions: The Campaign Against School Vouchers (2001), and Survey of School Choice Research (2005) to challenge misconceptions about School Choice.

In April 2006, the Wisconsin State Legislature authorized the Institute to accredit schools enrolled in the Milwaukee Parental Choice Program; an Accreditation Board established and monitored policies, while an Accreditation Support Center provided coaches and workshops to candidate schools.

The Legislature authorized the Institute to pre-accreditate schools in June 2009, through the Institute initiated the New Schools Approval Board.

Researchers, journalists, legislators, and foundations called upon the Institute regularly to answer "What next?" as K-12 education moved from a top-down decision-making model to one where decisions were made from the ground up, both by parents and those responding to parents' and students' needs.

ITL is located at:

The City of Milwaukee Charter School Application is located under the Programs & Support link located at the top of this page. 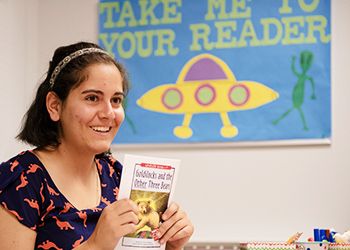