Students enrolled in the BIES program are asked to satisfy a set of BIES Competencies that address language proficiency, normative processes, assessment and intervention skills, and cultural sensitivity.

Marquette's BIES specialization program in speech-language pathology is the only one of its kind in the Midwest. 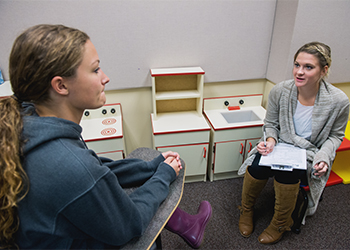