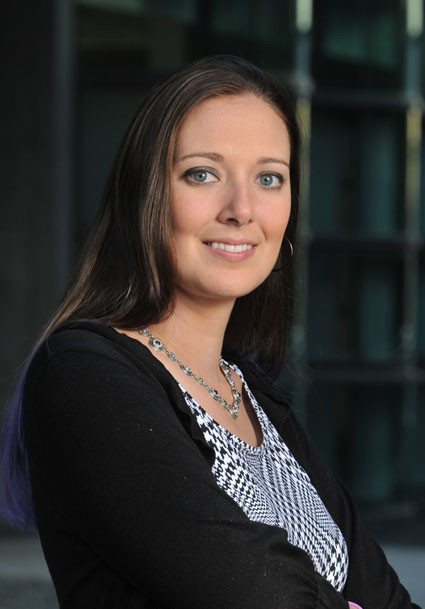 The Sontag Lab utilizes microscopy and biochemistry techniques to understand the cellular and molecular mechanisms underlying cellular stress responses to misfolded proteins and their role in disease. Neurodegenerative diseases (such as Alzheimer’s, Parkinson’s, and Huntington’s diseases), cancer, and even aging are all linked to protein misfolding. A major goal of the lab is to better understand how the cell responds to misfolded proteins, so that we can learn what goes wrong during disease and develop new therapeutic strategies to treat these disorders. 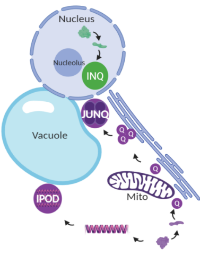 The function of these compartments is unknown, but an intriguing hypothesis is that they prevent aberrant protein interactions and facilitate clearance of protein aggregates by alternative pathways when the protein clearance machinery cannot keep up with the misfolded protein load. Misfolded protein sequestration into distinct compartments is conserved from yeast to mammals, indicating this mechanism of protein quality control is of critical importance for cell health and survival. We are currently utilizing yeast as a model system to understand the basic cell biology of protein quality control.

We are working to answer 2 major questions:

We are looking for motivated students from all races, ethnicities, genders, and socio-economic status to join us in answering these questions and more!