Stress leads, in all vertebrates, to the release of corticosteroid hormones from the adrenal glands. These hormones exert powerful neuromodulatory effects that lead to context- and state-dependent alterations in ongoing behavioral and physiological processes. The primary goals of my research are to identify mechanisms by which corticosteroids alter cognitive function, motivation, sensory processing, and neuroendocrine responses, leading to adaptive responses to acute stress; and to understand how these mechanisms may be involved in the pathophysiology of stress-related disorders including post-traumatic stress disorder, depression, and drug abuse. The hope is that this research will increase our understanding of the pathophysiology of stress-related neuropsychiatric disorders, and that it will lead to the development of novel, effective treatments for these disorders.

We use a combination of anatomical, behavioral, molecular and biochemical techniques to examine the acute effects of corticosteroids on cellular processes that may modulate behavior. Current studies focus on the role of organic cation transporter 3 (OCT3) in regulating monoamine clearance under basal and stress conditions. OCT3 is a high capacity transporter that mediates bidirectional transport of dopamine, norepinephrine, epinephrine, serotonin, and histamine. OCT3-mediated transport is directly inhibited by corticosterone, suggesting a potential role for the transporter in mediating the effects of stress and glucocorticoids on monoaminergic neurotransmission. We have characterized the corticosteroid sensitivity of OCT3 in acutely prepared brain tissue, and have described the distribution of the transporter throughout the rat brain. Current studies are focused on a) elucidating the role of OCT3 in stress-induced regulation of motivated behavior and emotional learning; and b) describing the localization of OCT3 with respect to cellular markers of monoaminergic neurotransmission. 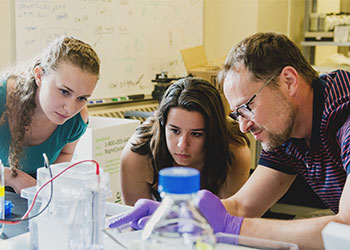