Now in its third year of operation, Cristo Rey Jesuit High School has announced plans to move the school site from its current location at St. Florian’s Parish to a former Pick 'n Save store building at 1818 West National Avenue. The move will double the available space for the school, an important consideration given its significant enrollment growth to date. Classes in the new location are expected to begin in the fall of 2019 following a major remodeling of the facility.

Cristo Rey Jesuit opened its doors in 2015 after an extensive feasibility study led by the College of Education. Several key leaders at the University were instrumental in the successful launch of the school as were many Marquette alumni, some of whom serve on the Board of the school with Provost Dan Myers and Dean Bill Henk.

Reflecting on the relocation, Dean Henk noted, “This exciting new school site will enable Cristo Rey Jesuit students to grow to their full academic, spiritual, and extracurricular capacities -- in a modern space tailored to the school’s unique mission. It’s gratifying for all of us with Marquette ties who have been associated with the school to know that the students, faculty, staff, and administration will get the educational facility they so richly deserve.”

With its corporate work-study model, the high school is not only educating students but offering them applicable real-world skills. The new location was chosen for its accessibility, which will make students and families’ travel easier as they move between school and work-study locations. The College of Education is proud to host one of these students, Casey Lopez, for the 2017-2018 academic year. 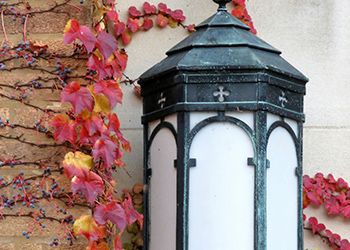 Handbooks and Forms for Students