What Is a Carillon?

A carillon is a musical instrument composed of at least 23 carillon bells, arranged in chromatic sequence, so tuned as to produce concordant harmony when many bells are sounded together. It is played from a keyboard that allows expression through variation of touch. The keys are struck with the half-closed hand. In addition, the larger bells are connected to foot pedals.

The 15th century Flemish bell founders discovered the process of accurately tuning bells. The art of making carillon bells almost died out by the 19th century. It is only in the 20th century that carillon bell founding was revived and has surpassed the quality and tuning of 15th century bells. The world's greatest concentration of carillons is still in the Low Countries of Europe (Belgium, the Netherlands, northern France and northwest Germany). The art of the carillon has spread worldwide, however, with instruments on every continent except Antarctica. Nearly 200 exist in North America.

The carillon evolved as a folk instrument, played automatically as a clock chime and by a performer for market days and holidays. Surviving music from the first "golden age" is mostly arrangements of folk tunes, dance pieces and popular music of the period, although there are some original compositions for carillon. 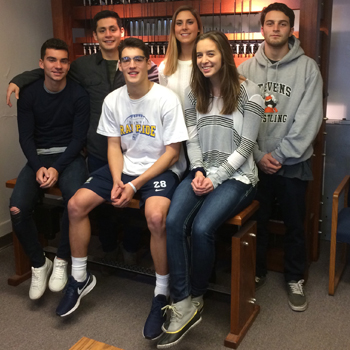 The Marquette University Carillon is at the top of the Marquette Hall tower. It comprises 48 bells and can be heard every Wednesday at noon. If you are interested in having a tour of the carillon or learning to play it, contact the carillonneur, Dr. Mark Konewko, at (414) 288-3789.

Although the tower that houses the Marquette University instrument was constructed in 1923, designed to house a carillon, it remained empty until 1967. In that year, the installation of a 48-bell Paccard carillon was made possible by Mrs. John C. Dwan, who was a member of the Board of Regents for Marquette and Chair of the John C. Dwan Educational Foundation of Duluth, Minnesota.

Princeton University Carillonneur Arthur Bigelow was hired to design this Paccard instrument, and the original keyboard was built to his specifications. After Bigelow’s death in February 1967, Justin Kramer, an engineer from Los Angeles, was brought in as consultant for the project. Lowell Smith played for the dedication on Oct. 29, 1967. 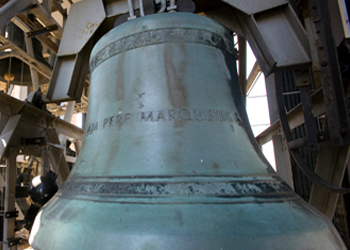