In the fall of 2016, Marquette University began to offer both Environmental Studies and Data Science as interdisciplinary undergraduate majors through the Klinger College of Arts & Sciences. Three years later, these programs have expanded to be the selected course of study for almost 50 students each.

Joseph Miscimarra, junior, is the first undergraduate student at Marquette to declare Environmental Studies and Data Science as a double major combination. However, even though these fields are continuing to grow in the professional and academic world, opportunities that utilize skills acquired in both of these relatively new programs have not been easily exposed to undergraduate students. That was the case for Joseph, until he learned about the Scripps Institution of Oceanography, which is a research institution at the University of California San Diego that seeks to “understand and protect the planet.”

At Scripps, Joseph spent 11 weeks as a climatology research intern with the Center for Western Weather & Water Extremes, or CW3E, studying results from a high-resolution weather simulator to analyze shifts in Pacific storm patterns as global temperatures rise. To do this, Joseph had to use three programming languages that he was previously unfamiliar with, but swiftly developed proficiency in thanks to the computer science classes that he had taken at Marquette. At the conclusion of the summer, Joseph displayed his methods and results in a 20-minute long presentation, given to scientists and interns at CW3E.

While Joseph did not have any prior experience conducting and communicating scientific research, he was provided with multiple opportunities to develop these skills in seminars, lectures, and meetings with his two postdoctoral scholar advisors. In addition to the technical skills that he gained, he also improved his abilities to problem solve, adapt to changes, and effectively convey results.

After being exposed to the challenging (but rewarding) nature of this academic setting, Joseph is considering graduate school as a potential option after completing his undergraduate career. However, no matter where his next opportunity will present itself, Joseph would encourage any current undergraduate to pursue an internship to develop their own skills and discover future opportunities, especially in fields that are just getting started. 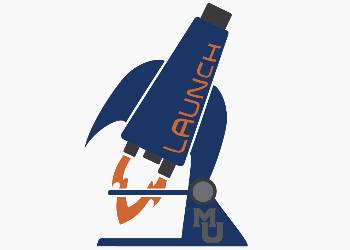