Background of the Marquette Core Curriculum

The Marquette Core Curriculum was developed over the course of several years In response to the academic program review of the University Core of Common Studies in 2014. The campus community engaged in a collaborative process involving students, faculty and staff, who sought a Core curriculum that prepares students to solve complex problems in an ever-changing society without losing Marquette’s rich Catholic and Jesuit liberal arts tradition. The formal proposal was submitted to various committees, including the University Academic Senate (UAS), in 2017, and subsequently was approved by Marquette’s Board of Trustees.  Following an implementation year in 2017-2018, students entering Marquette in the fall 2018 matriculated under the requirements established by the MCC. 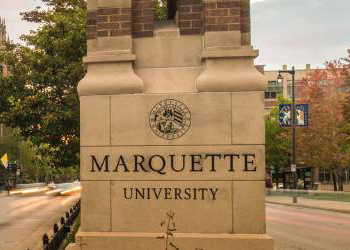