The Metcalfe Chair is a non-residential visiting scholar of African-American, Latinx, or Native American heritage. In 1981, Marquette University established this program to honor the legacy of Ralph H. Metcalfe, Sr., a Marquette alumnus who graduated from the College of Liberal Arts in 1936. After a distinguished Olympian who earned gold and silver medals in the 1932 and 1936 Olympic Games, Metcalfe served in the U.S. Army during World War II. Upon returning to his native Chicago, Metcalfe held a series of political posts before he was elected to the U.S. House of Representatives. Metcalfe died on October 10, 1978; however, his legacy lives on at Marquette through this program.

Your department will host the scholar when on campus, which includes:

Successful proposals will be supported financially by the Office of Institutional Diversity and Inclusion. Departments or offices that would like to host future Metcalfe Chairs should contact Dr. Chris Navia, Vice President for Inclusive Excellence, subject line: Metcalfe Chair Proposal. 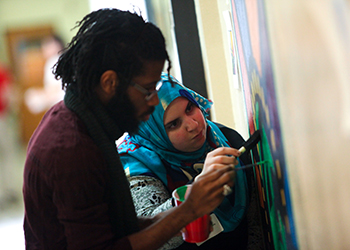