Prior to retiring in 2010, I taught graduate and undergraduate courses in American literary modernism, including the work of writers such as Wallace Stevens, William Faulkner, Willa Cather, T.S. Eliot, Ernest Hemingway, Ezra Pound, Richard Wright, and William Carlos Williams. In addition, I designed and taught courses in the literature of the Vietnam War, environmental literature, and narrative theory.

These are also the fields in which I have done most of my research and publication. Since 2010 I have published chiefly poetry and a work of creative nonfiction, The Bark River Chronicles: Stories from a Wisconsin Watershed. 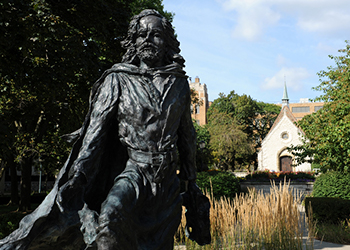