The English graduate program is a vibrant research community that has produced many distinguished scholars and projects in its history. Here you will find information about recent dissertations defended by our Ph.D. students. For a snapshot of what our current M.A. and Ph.D. students are working on, see Current Graduate Students. 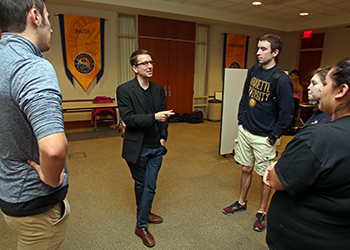