In its teaching and in its members' research, the Department of Languages, Literatures and Cultures seeks to promote an understanding of the cultures and traditions which have contributed to the development of the world's civilizations which make up the fabric of our society. Its presence in the college is a reminder to students and to the community that cultured individuals are raised in cultures besides our own. We foster an openness and sensitivity to other cultures in matters of language, literature, and associated arts.

Consistent with the tradition of Jesuit education, the goal of our department is to prepare students intellectually and morally to serve as engaged, ethical participants and leaders in their families, professions, and communities. The principle tasks of the Department of Languages, Literatures and Cultures are the teaching of a variety of world languages, and the literatures and cultures associated therewith. Language study encourages students to reflect about themselves, their own language(s) and culture(s) and the importance of diversity. The goal of language, literature, and culture courses is to provide the students with the skills to understand and communicate the rich heritage and the diversity of the world. The members of the department share the conviction that human experience maintains an intelligibility across temporal and linguistic borders as well as social and confessional boundaries. Our aim is to assist students in acquiring knowledge and skills for life-long learning and self-reflection.

The Department of Languages, Literatures and Cultures offers courses in Arabic, Classical Greek, French, German, Italian, Latin, Spanish, and Mandarin Chinese through which students can meet the foreign language curriculum requirement in Arts and Sciences and other colleges. Many of the University Core requirements can also be satisfied with courses taught in the foreign language or in English translation. 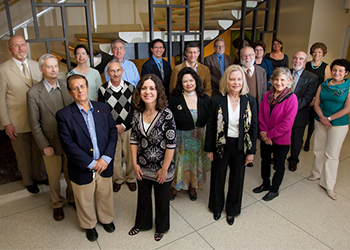