The award is given annually to a Languages, Literatures and Cultures major in their senior year with the highest GPA.

The award recognizes outstanding research, argumentation, and style of a student paper in Spanish produced while studying at Marquette.

Maya's impressive research paper on La Pensadora gaditana(1764), completed in Spanish 3515 in the fall of 2019, is an example of superior literary and socio-cultural analysis, especially for an undergraduate student. Maya, who chose the most challenging text on our syllabus for the research paper project, has an innate ability to carefully dissect an 18th-century Spanish essay collection in which an enigmatic author attempts to mimic the voice of a female writer. Maya tackles the text in nearly flawless Spanish with an agility and thoughtfulness rarely seen in 3000-level courses.

The award recognizes thought-inspiring, provocative creative work in any genre produced for any Spanish course at Marquette.

María Soledad González, "Te ofrezco un taquito de queso". In this culinary memoir of her ancestors, María Soledad González exhibits a powerful narrative voice that demands the reader's attention. María does so in a tour de forcetale where food, culture and family dynamics are portrayed with heart-wrenching emotional texture.

Nora Godoy-González, “Purgatory of Identity/ Purgatorio de identidad”. "Purgatory of Identity/ Purgatorio de identidad" is a groundbreaking, bold, and gutsy anti-poem showcasing the pain of Latinx consciousness, the complex cultural threshold at which the speaker stands, and the beauty of Spanglish as a means of poetic expression.

People for Others at Home and Abroad Award

The award recognizes outstanding citizenship and care for the success of others in class or through community involvement on campus, locally, or globally in any Spanish class, Service Learning, or Study Abroad program.

Bridget Fogarty is a senior, graduating with majors in Spanish Languages, Literatures and Cultures and Journalism. She studied abroad in Santiago, Chile where she participated in service learning at a foundation for migrant women. Bridget has worked as a tutor at the EPIC Center, a bilingual tutoring program on Milwaukee's South side. She has also have been a four-year volunteer with M.A.R.D.I. G.R.A.S., a student-run disaster relief service organization. This year, Bridget was the Outreach Services Coordinator for the group, which served over 700 people. Bridget also works for the Milwaukee Non-Profit News Network, where she reports on the South and North sides of Milwaukee. She is an exemplary model of a Marquette student committed to serving others.

Alec Anderson is a senior graduating with double majors in Biomedical Sciences and Spanish for the Professions. Alec was a member of Global Brigades in Nicaragua and the leader of the Global Brigades groups in Ghana and Panamá, committed to providing sustainable health services to communities both at home and abroad.Alec's acute awareness of social inequities and compassionate listening and speaking skills in Spanish have been, and will continue to be, of service to others in his community. He, too, is an exemplary model of a Marquette student committed to making a difference in the classroom and beyond.

The awardrecognizes an outstanding essay or presentation submitted as a requirement for any of the two heritage courses in Spanish: Span 3005 (Advanced Communication for Heritage Speakers) or Span 3505 (Introduction to Literary Analysis for Heritage and Native Speakers). Essays and presentations are judged for analytical sophistication, clarity, and strength of argument.

Fabián Pérez Luévano’s “Educación sin barreras” is an excellent argumentative essay on the benefits of dual immersion bilingual programs for heritage speakers. In this essay, which he wrote for Spanish 3005 (Advanced Communication for Heritage Speakers), Fabian supported his arguments with well-researched and up-to-date information, as well as with his own experiences growing up in a predominantly Spanish-speaking household. Fabian wrote in clear and sophisticated Spanish. He also presented his arguments both logically and with great emotional appeal. This well-thought-out essay was an impressive achievement for a first-year student.

Briana García wrote a model argumentative essay on the social and environmental consequences of building a wall along the U.S./Mexico border, also for Spanish 3005. In this essay, Briana showed that she can concisely express her position with respect to a controversial topic. Her essay was clear, well-organized, and with well-defined arguments that addressed all the aspects of the debate. In addition, her use of the language was precise and clear, making it a pleasure to read.

The award recognizes outstanding undergraduate research and writing on Latinx topics for any course in Spanish (SPAN), Foreign Language (FOLA) or cross-listed with Latinx Studies.

Nora's Godoy-González's final project for FOLA 4931 (Latinx Civil Rights Movements), "Documenting a Movement: Carmen High School South Campus Milwaukee Activism Unit," is a perfect example of Latinx Studies' mission of engaging with both rigorous academic scholarship and engaged community-based research. This original initiative - a high school art unit on murals, Milwaukee, and Latinx activism - takes a semester's worth of readings and discussions on the history of Latinx civil rights movements at the national level and brings it down to the most local of understandings. This award recognizes Nora's ability to create a comprehensive plan to implement this curricular unit, with consideration taken for bothpedagogical needs and logistical planning. Perhaps most importantly, however, has been her passion to continue this project after the end of our semester, as Nora has worked on securing grant monies to push this endeavor forward and eventually collaborate with local artists as well as Carmen faculty and students.

The Award recognizes a graduating senior in any Spanish major with the highest GPA.

Highest GPA in a Languages, Literatures, and Cultures major

German - Goethe Prize for Excellence in the Study of German 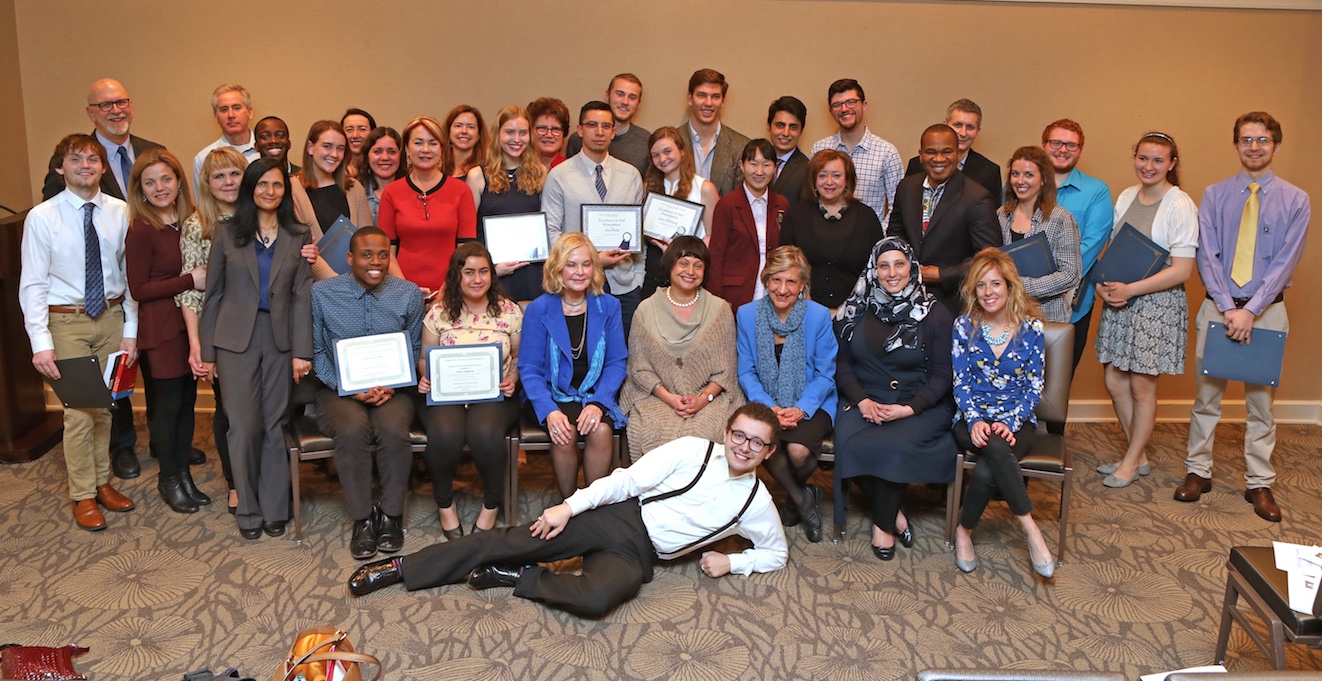 Highest GPA in a Languages, Literatures, and Cultures major

*Meredith Gillespie and Allie Volcheck were also awarded The Center of Peacemaking Fellowship Award for summer 2018. They will be working under Dr. Othman’s supervision on an oral history project that deals with Muslim women strategies to gain independence and agency by nonviolent methods-leading to a more equal, and consequently more peaceful, society.