What do Harry Potter, The Color Purple, and A Clockwork Orange have in common? An exhibit and event series under way in the library illuminates the answer: They, like many other creative works, have been censored, banned, or in some way challenged. With a nod to Banned Books Week (September 24-30) and the Milwaukee Film Festival (September 28-October 12), Raynor Memorial Libraries are hosting a variety of ways to explore how some of our most valued books, movies, and other creative works have come under fire and the importance of intellectual freedom.

For almost 60 years, Milwaukee had some of the strictest movie censorship in the country. The Milwaukee Motion Picture Commission (MMPC) kept hundreds of movie scenes from playing in Milwaukee that had run without objection elsewhere. Find out about this fascinating part of the city’s history at a brown-bag book talk with historian Matthew Prigge, author of the recently published Outlaws, Rebels, and Vixens: Motion Picture Censorship in Milwaukee, 1914-1971.

EXHIBITS ON BANNED BOOKS AND FILMS

Banned Popular Books (September 25 to October 2): Visit Raynor’s second-floor landing to browse and borrow popular titles that have been banned or otherwise challenged through the years, from Harry Potter and the Sorcerer’s Stone to The Kite Runner.

Censored Movies (September 25 to October 5): Visit the shelf by Raynor’s main circulation desk on the first floor to browse and borrow DVDs of once-censored films such as Monty Python’s The Life of Brian. Catch clips from such movies there, too, on the nearby video display.

View other upcoming event and exhibits at Raynor Memorial Libraries. 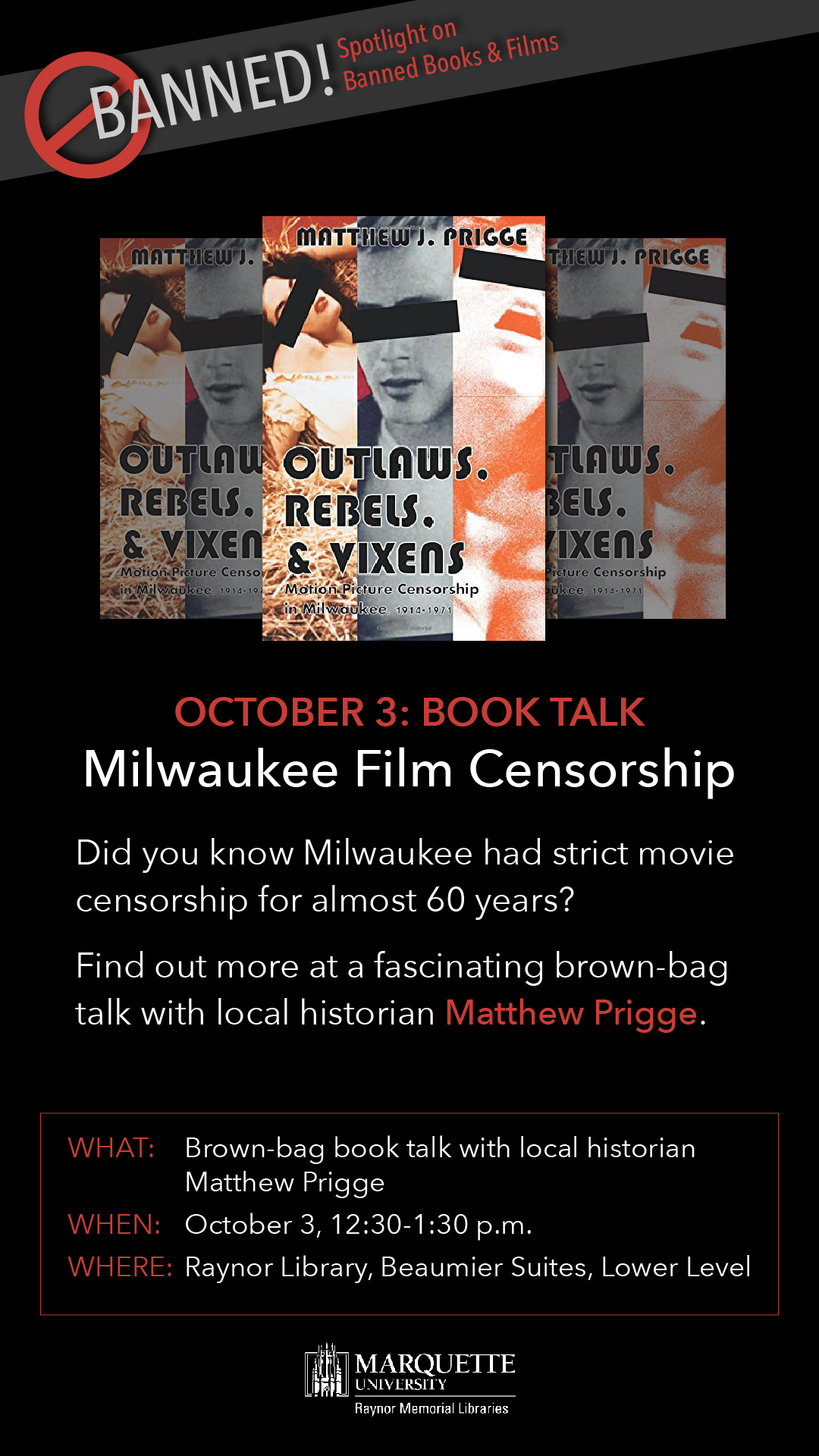