Michel Martin has spent more than 25 years as a journalist, covering stories for national print, television, and radio news media. Her credits include 14 years at ABC News, where she served as correspondent for Nightline and covered such events as the congressional budget battles, Hurricane Katrina, and the U.S. embassy bombings in Africa; her work with ABC covering the international campaign to ban the use of landmines was honored with an Emmy award.

After joining NPR in 2006, she launched the popular Tell Me More news and talk show and, more recently, the "Michel Martin: Going There" live event series. Martin has also covered politics for the Washington Post and the Wall Street Journal. She says of her love of journalism: "I am fascinated by people who live lives different from my own. And at the same time, I feel connected to all of these lives being a journalist, a woman of color, a wife and mother."

The event is sponsored by Marquette's Office of Institutional Diversity and Inclusion, Raynor Memorial Libraries, Diederich College of Communication, and Center for Peacemaking. 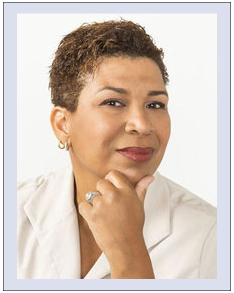