March 2017 — Spotlight on World War II Journalist Edwin Shanke
Europe during the first half of the 20th century was a monumental time in world history, and the adventurous Associated Press foreign correspondent and Marquette alumnus Edwin A. Shanke covered it. Shortly after his graduation at Marquette in 1937, he moved to Berlin to launch his career in journalism, and he remained in Europe as an AP reporter for the rest of his life.

A new archival collection in the Marquette University Libraries’ Department of Special Collections and University Archives captures many facets of Shanke's extraordinary life. Most of the collection focuses on the period 1937-1942, when Shanke worked in Berlin behind German lines for AP and later endured five months of captivity after Germany declared war on the United States. The extensive collection gives a phenomenal 360° view of a World War II AP reporter’s experience, featuring photos, correspondence, and AP wire copy.

A companion digital collection, “Edwin A. Shanke: AP Reporter in Germany, 1937-1942,” features hundreds of digitized photos and documents from his adventures. The digital collection also includes an interactive timeline and photo albums that present his materials in the contexts of both his broader personal experience and the narrative of the war.

In addition, a new library exhibit allows one to get acquainted with Shanke and some of the milestones in his career. It will be on display through October 2017 on the third floor of Raynor Library; it is open to the public. 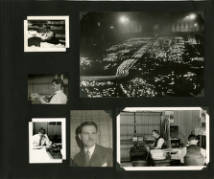 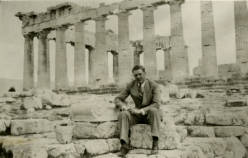 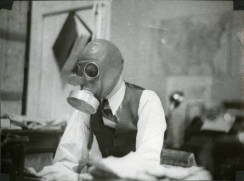