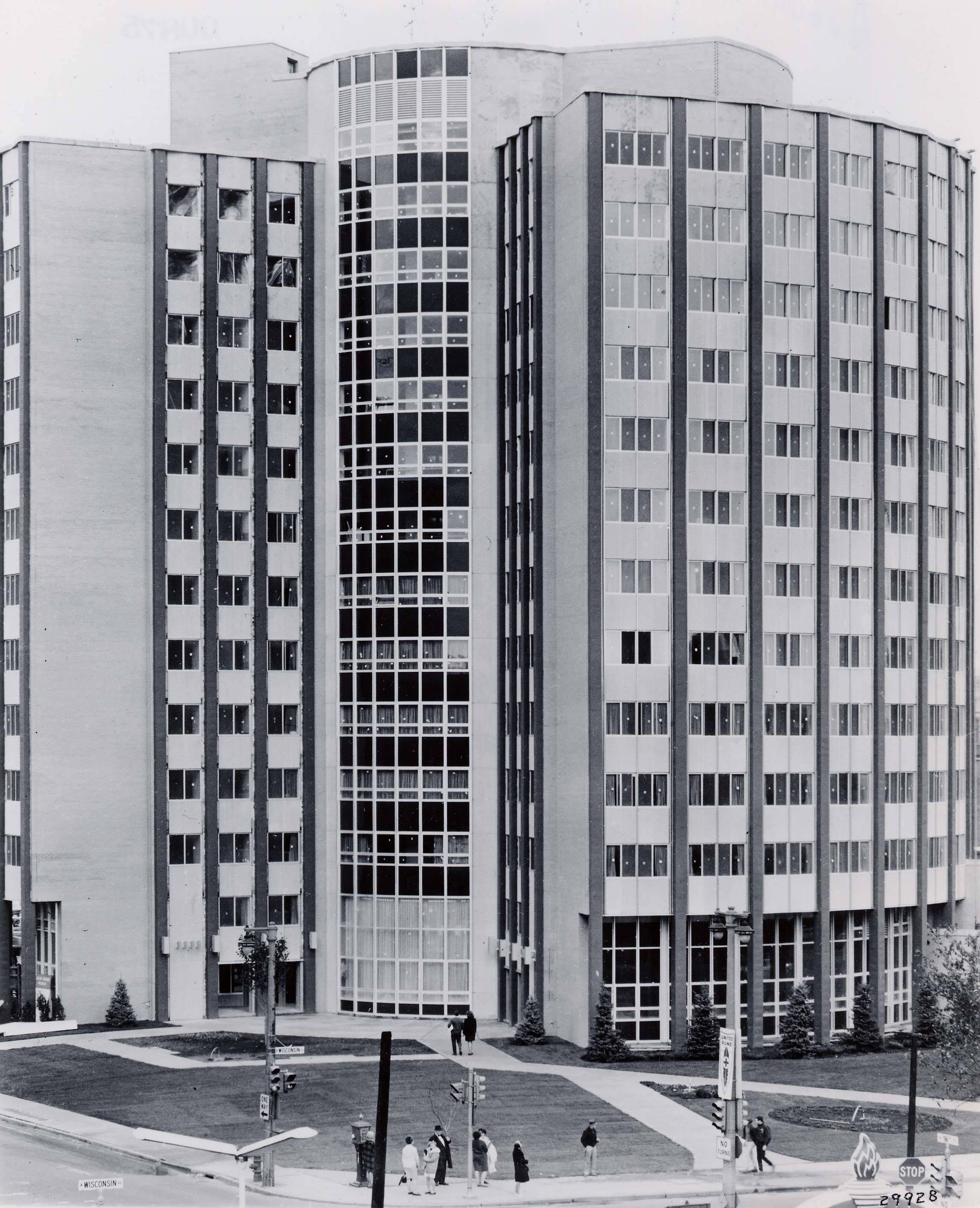 May 2019—Celebrate the storied history of McCormick Hall, not only the most visible building on campus but perhaps the one most soaked in nostalgia. A free, public pop-up exhibit featuring historical photos of the dormitory will be in the Raynor Library lobby May 3-20, 2019.

The beer-can shaped, 12-story dormitory housed more than 700 students annually once its doors opened in fall 1967. On the outer ring of the building’s top 11 floors were dorm rooms, while the central core of each floor provided laundry rooms, elevators, and storage space. The first floor originally featured two dining rooms, a formal lounge, and a hi-fi room; a sauna, an exercise room, a billiards room, and a chapel were in the basement.

The building was originally called Dormitory #1 (or Dorm One, for short). But after Victor McCormick, a 1922 law school graduate and high-profile university donor and leader, pledged $2.5 million to cover construction, the university bestowed his name on the building.