Marquette's Chapter of the Student ACM

ACM, the Association for Computing Machinery, is an international scientific and educational organization dedicated to advancing the arts, sciences, and applications of information technology. Marquette's Chapter of the Student Association for Computing Machinery was re-founded in the fall 2008 semester by merging two other computer oriented student organizations: Marquette University Linux Users Group (MULUG) and Computer Science Club. This merger allows for more frequent events, a greater diversity of topics, and a strong membership base.

There is a special interest group for CUDA and GPGPU technologies (hence SIGGPU). For more information, contact Heather Bort.

Upsilon Pi Epsilon (UPE) was first organized at Texas A&M University, College Station, Texas, in 1967. The international organization now consists of chapters in various colleges and universities in North America and overseas. The mission of UPE is to recognize academic excellence at both the undergraduate and graduate levels in the Computing and Information Disciplines. UPE has received endorsements from the two largest professional computing organizations in the world, the Association for Computing Machinery(ACM) and the IEEE Computer Society (IEEE-CS). The Marquette chapter of UPE was chartered in 2001, and inducts qualified students from the computer science and computer engineering majors. For details about the Marquette chapter of UPE go to Marquette's Upsilon Pi Epsilon website and about UPE go to main Upsilon Pi Epsilon website. 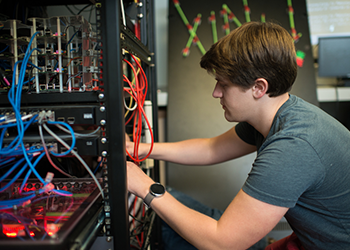