Welcome to the fourteenth edition of the MU History Department’s newsletter!

2018-2019 was a very good year for the department, with a number of awards and grants earned by history faculty and students. But it also saw us say goodbye to two long-time faculty members who retired.

Some of the highlights from the year are described below, but please browse the entire newsletter for all the news from the department’s faculty and graduate and undergraduate students.

As always, if you have comments are questions, or news for next year’s newsletter, don’t hesitate to write me at james.marten@marquette.edu. If you haven’t already, like us on Facebook (we have almost 750 “likes”), and follow our blog, Historians@Work (The twelve posts from the last year attracted nearly 4500 views!).

Finally, if you haven’t been to the history department website lately, we’ve completely redesigned it. It’s easier to find out about the research of faculty, graduate students, and undergraduates, and is generally easier to navigate. Check it out at https://www.marquette.edu/history/.

Peter Staudenmaier became the fifteenth member of the department to win a Faculty Award for Teaching Excellence and the second to win the Teacher of the Year Award from A & S. In fact, more than a third of the current history faculty have won teaching awards from the university or the college.

On the left, Peter accepts his Award for Teaching Excellence at the Annual Pere Marquette Dinner on May 2, 2019. On the right, Tim McMahon, who won the award two years ago, acts as Master of Ceremonies at the dinner. 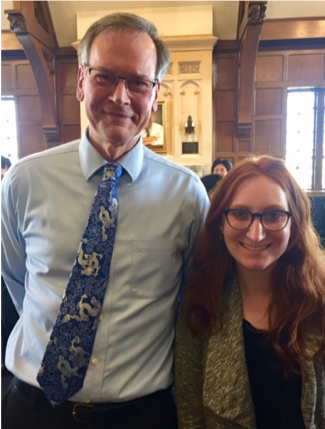 Daniel Meissner became the fourth history faculty member to be awarded the Excellence in Advising Award from the college of Arts and Sciences (joining Kristen Foster, Tim McMahon, and Julius Ruff). Dan is pictured here at the Arts and Sciences awards celebration with Madeleine Mathias, the advisee who nominated him for the award.  Her nomination letter read, in part, Dr. Meissner “has helped me take advantage of so many opportunities and always promotes my education and abilities. As I graduate this year, I cannot thank him enough for everything he has done and I cannot imagine of a more perfect candidate for this award.”

Finally, we bid farewell and good luck to two of our long-time colleagues, Dr. Julius Ruff and Fr. Michael Zeps, SJ, who retired in May. 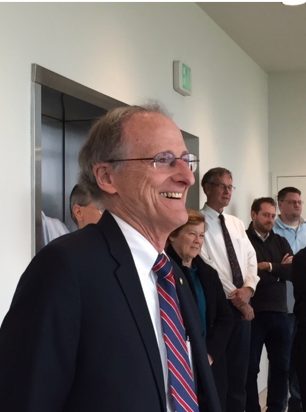 Julius began teaching at Marquette in 1980. He is the author of two major monographs, Crime, Justice and Public Order in Old Regime France, and Violence in Early Modern Europe, 1500-1800, and co-author of Discovering the Western Past a textbook that went through several editions. Among his academic honors were a National Endowment for the Humanities fellowship (1987), his selection as a Sesquicentennial Distinguished Alumni Lecturer at Guilford College (1988), and his election as Co-President of the Society for French Historical Studies.

At Marquette Julius taught sixteen different courses on topics ranging from the Ancient Regime in France to the 1960s. One of his great successes was History and Philosophy of Crime and Punishment, which he co-developed and taught many times. Somewhat more recently, he began teaching a course on the First World War, which quickly became favorite among history majors and non-majors alike.

In 1998 Julius received the John P. Raynor Faculty Award for Teaching Excellence, while in 2007 he won the Excellence in Advising Award in the College of Arts and Sciences. He was a long-time Director of Graduate Studies and in 2013 served as Acting Chair. 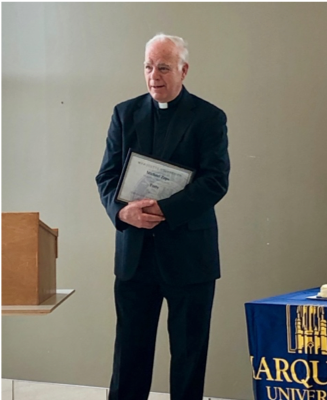 Mike finished forty years at Marquette in fall 2018. He has taught classes ranging over several continents and centuries: modern Europe, both halves of Western Civilization, European intellectual history, and American military history. He published the monograph Education and the Crisis of the First Republic—on post-war Austria—and continues to work on a photographic and historical survey of public housing in Vienna and its association with Nazi architecture and politics.

Mike has for many years and continues to be the resident minister in Cobeen Hall. He has been responsible for weekly masses at Joan of Arc Chapel and in Cobeen (some in Latin), and has been asked to deliver prayers to begin and end countless campus occasions. He has married—and buried—many students and former students.

Besides his role as a Jesuit, Mike’s great love is music. That’s him playing “Ashokan Farewell” at the beginning of the History Department video History Matters. In addition to his long-time association with the Marquette University Symphony Orchestra, he plays with numerous ensembles at the university and in the community, and has performed at many weddings, campus gatherings, and off-campus events. One of his most successful classes was a research seminar hat combined music, intellectual history, and technology. 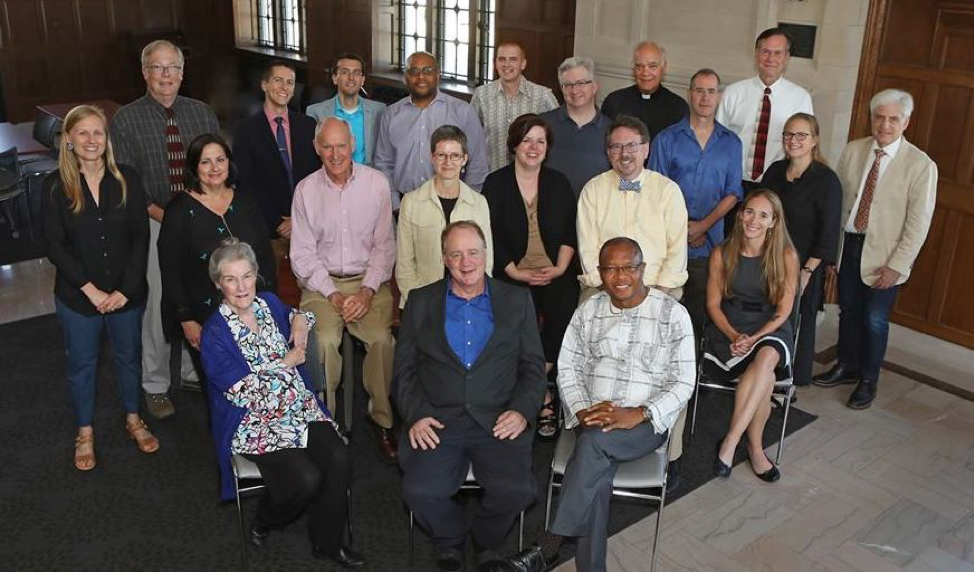 In addition to activities and accomplishments mentioned elsewhere in the newsletter, History faculty gave lectures and papers, won awards and grants, and engaged the profession in a number of ways. The following is just a sampling of their many scholarly and other activities in 2018-2019:

Throughout the academic year, History faculty participated in the Marquette Forum.  The theme for this year was “Democracy in Troubled Times,” and a number of history faculty and students contributed posts to the department’s blog, “Historians at Work.” The posts included:

Although we did not host a Casper Lecture this year, the department sponsored three major public lectures in 2018-2019:

News from Undergraduate Students and Alums

Other accomplishments and post-graduation plans for history majors:

News from Graduate Students and Alums

In addition to the following, check out the History Graduate Student Organization website at https://marquettehgso.weebly.com.

Several of our graduating MA students are moving on to PhD and other professional programs:

Other activities by graduate students: 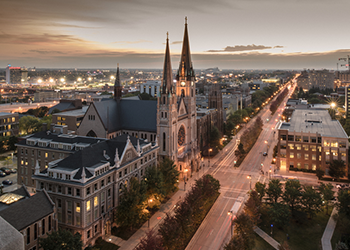