The German program at Marquette University equips students with the knowledge needed to function in the German-speaking world, both personally and professionally.   Students gain a solid grounding in the German language:  reading, writing, speaking, and listening, as well as a thorough understanding of German-speaking countries’ culture.

There are many reasons to learn a language:

Research shows that learning a second language helps one think more rationally. It also proves that knowing another language opens the door to many fields and leads to higher salaries

The German major and minor are being revamped to ensure a quicker completion (coming this year).

Currently, there are three concentrations in German:

Each concentration has a specific set of requirements, all of which can be found in the Undergraduate bulletin of courses.

During my senior year of high school, one of my teachers asked the class, “Where do you see yourselves in five years?” Many of my classmates planned to be finished with college and working at their first “real-world” job, but my vision was living in Germany.

My grandfather emigrated to the U.S. from Germany and I started learning the language because of him. During my junior year of high school, he became ill. I saw the German language as an opportunity to stay connected to him after his passing. That year, I participated in my high school’s exchange program and visited Germany for the first time, specifically Munich. At the end of the trip I was able to visit my German relatives, including my grandfather’s twin sister. I realized that I no longer had a dream job, rather a dream place of residence.

I was a freshman at Marquette in the Fall of 2016 and continued with my German studies, where I pursued it as a minor. The small class sizes gave me the opportunity to participate in thorough discussions with classmates and form friendships which made me look forward to my next day of class. I also was able to connect with my professors, and they assisted me with my study abroad application process through letters of recommendation as well as sharing their own experiences in Germany.

While my academic advisor advised me against an entire year abroad with the fear that I would not graduate on time, my German professors encouraged me. Once I was accepted to the program, I wanted to spend even more time in Germany. Many upperclassmen had told me about their semester study abroad experience, and how they wished they would have done an entire year as the time flies by. Marquette’s semester ended in May and the German semester began in October, and I decided to be an Au Pair in Kiel during this time, since I knew that even a year would be too short for me.

In October of my junior year of college, I was living as a student of the Ludwig-Maximlians-Universität, in my favorite city in Germany: Munich. During my study abroad year, I completed a certificate in Intercultural Communication through the university. I was able to strengthen my friendships from my high school exchange as well as make new friends. I wanted to make this place my home, and on my flight back to the U.S., I thought about ways to get back to Germany.

During my last year at Marquette, not only did I graduate on time, but I was able to upgrade my German minor to a major based on all the credits I had accumulated. I also completed a German Language exam in order to qualify for Master’s Programs taught in German.

Coming back to the question of where I saw myself in five years -- I would say that I was spot on. I am currently pursuing a Master’s Degree in Intercultural Communication and living in Munich. It’s safe to say that without German, I would not be where I am today.

Little did I know when I registered for my first MU German course in 1968 that my German degree would contribute significantly to my career as a clinician-educator psychologist.  While my primary interest was psychology, I completed almost every German course in the catalogue as well as the study-abroad Hildesheim program in 1970.

A few years later while in a Social Work Masters program, I learned of a German government-sponsored program examining youth mental health services.  This fellowship recruited 20 mental health professionals from 12 countries to study and review youth programs in Germany.  I was one of four Americans chosen.

My German language training at MU proved invaluable as our group interacted only in German with our fellowship leaders and participants, community clinicians, government representatives and those receiving clinical services throughout Germany.  The program included a six-week clinical immersion experience which for me was at a center (Aufnahmheim) for adolescent girls.  I definitely acquired some different German vocabulary there! Through the fellowship experience I also came to greatly appreciate how much effort the MU German faculty devoted to familiarizing students with German culture.  This helped facilitate my adjustment immensely.

Finally, speaking German and having real-world experience studying German mental health programs clearly influenced my interviews for a faculty position at the Medical College of Wisconsin.  So, although back in 1968 I didn’t expect there would be any connection between my German and Psychology degrees, in the end, my German studies played a pivotal role in my long-term career.

I majored in both history and German at Marquette, graduating in 1966.  I continued in graduate school at the University of Minnesota majoring in Modern European History and minoring in German literature.  In 1972, I joined the Central Intelligence Agency (CIA).  During a 35 year career, I had a number of tours to countries where German was the national language as well as use German language while I served as Chief/Europe Division in the Directorate of Operations at CIA.  (After Russian, German is the most spoken language in Europe.)  For the past 14 years, I have been a Professor of the Practice in the Frederick Pardee School of Global Studies at Boston University teaching courses on intelligence.

In the businesses of diplomacy and intelligence, language is essential.  I was able to collect intelligence of significant importance for the government of the United States through my use of the German language.  In executive capacities I used German exclusively in managing relations between the CIA and intelligence organizations of host countries in which German was the national language.  The U.S. government’s collection capabilities against transnational intelligence issues of terrorism, proliferation of weapons of mass destruction, organized crime and other transnational issues can occur only through cooperation with other intelligence and security agencies.  This is also true of diplomacy.

In addition to work related advantages, fluency in German permitted me to engage more totally in a different society and to understand better how that society functioned.  German newspapers and magazines are excellent.  I still read them.  Finally, friendships are made through use of a common language.  These friendships I have nurtured and have been most rewarding throughout my life.

For more information on German courses and an extensive course work guide to the German program, please visit the Marquette Undergraduate Bulletin. 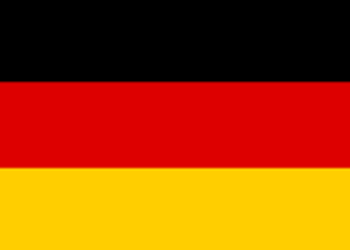