Dr. Torres research interests focus on issues of mental health disparities or the psychological difficulties experienced by members of underrepresented groups. He was recently awarded the Marquette University Faculty Excellence in Diversity and Inclusion Award and is a Faculty Diversity Fellow in the Office of the Provost and Office of Institutional Diversity and Inclusion, Marquette University. He is also the co-Director of the Latina/o Well-being Research Initiative (LWRI).

Dr. Torres research interests focus on issues of mental health disparities or the psychological difficulties experienced by members of underrepresented groups. With an emphasis on community-based approaches, this research seeks to identify the mechanisms that contribute to mental health problems, namely depression, anxiety, alcohol use, and posttraumatic stress disorder (PTSD). One line of research investigates the psychological consequences associated with culturally-specific stressors, such as ethnic discrimination, ethnic microaggression, and acculturative stress, and neighborhood-level factors including exposure to community violence and economic stress. Another avenue of study has been to identify the factors that reduce disparities or protect individuals from negative psychological outcomes. This work focuses on ethnic identity, cultural values, intercultural competence, resilience and thriving, social cohesion as key buffers to mental health outcomes.

LWRI seeks to develop equitable, mutually beneficial community-academic research partnerships with the goal of conducting innovative and impactful research within the Latino community in Milwaukee. Our main objective is to make LWRI a major research hub that directly addresses the daily lives of Latinos in Milwaukee in a way that brings systemic change and promotes healthy lifestyles. Currently, LWRI is developing a city-wide research study that examines the individual- and neighborhood-level factors that contribute to mental health in the Latino community.

MTOP seeks to advance research and community prevention efforts pertaining to trauma and the development of posttraumatic stress disorder (PTSD), particularly among racial and ethnic minorities living in Milwaukee. MTOP includes interdisciplinary scholars partnering to further understand the social and biological factors that contribute to PTSD. Currently, we are examining the role of social stressors (e.g., exposure to community violence, racial discrimination) and biologic vulnerability (e.g., gene expression, allostatic load) as they contribute to PTSD among recently-injured African American adults. This longitudinal study will help us to understand the course of symptom severity and recovery.

Latina women, particularly adolescents, have some of the highest rates of depressive symptoms, including suicidal thinking and attempts. Women of color, in general, experience the added stress of having to manage racial/ethnic discrimination and gendered discrimination, or sexism, that may place them at greater risk for experiencing psychological difficulties. The current project seeks to understand the how this accumulated stress burden, in the form of ethnic and gendered discrimination, contributes to depression via cognitive vulnerability among Latina women. Also, we will examine the role of gender role values, or marianismo, to better understand the unique experiences of Latina women in relation to health.

The research projects described above as well as past research has been supported through a number of sources including the Clinical & Translational Science Institute (CTSI), Medical College of Wisconsin’s Advancing a Healthier Wisconsin Research and Education Program (AHW REP); Women and Girls of Color Research Initiative Grant, Marquette University; Strategic Innovation Fund, Marquette University; and the National Institute of Mental Health (NIMH). 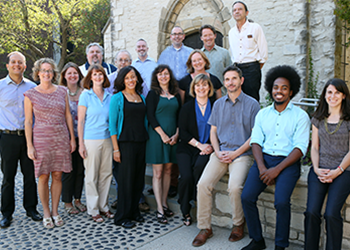