My research focuses on the pursuit of neurobiological, cognitive, and psychosocial approaches toward understanding and enhancing learning, remembering and executive functions in normal aging and dementia. Specifically, I have two primary and interrelated branches to my research program.

First, I study memory formation and memory consolidation and the treatments and individual differences that influence it. Second, I study the neurobiological, physiological, and cognitive foundations of age- and dementia-related cognitive decline, along with methods designed to prevent or reverse such declines. Studies in the lab involve both graduate and undergraduate researchers as investigators, presenters and authors.

Anthony N. Correro II, M.S. graduated from Louisiana State University with a B.S.in psychology and minors in biological sciences and Italian. At that time, he obtained training in neuropsychology and dementia research. He completed an honors thesisin cognitive psychology and was awarded a National Science Foundation Graduate Research Fellowship. He currently works with Kristy Nielson, Ph.D. to study alexithymia, memory consolidation processes, and risk for premature cognitive decline. His master’s thesis focused on how emotional arousal affects false memory in healthy young adults on the alexithymia spectrum. His dissertation will investigate the roles of alexithymia and age on inhibitory control. Anthony has presented research with the AIM Laboratory nationally and internationally, and his future research will likely examine the impact of LGBTQ+ related stress on older adults’ cognitive functioning. Anthony’s clinical interests reside in neuropsychological assessment of older adults and psychotherapeutic interventions for elders. He aspires to spend a lifetime working with older adults and researching the unique factors that impact LGBTQ+ aging.

Elizabeth R. Paitel graduated from St. Norbert College in 2016 with a B.A. in psychology and Spanish. There she began her research endeavors as a McNair Scholar investigating the impact of estradiol on spatial learning and memory in zebra finches. Following a year in this lab, she began work in the Developmental Decision-Making Laboratory conducting EEG and event-related potential (ERP) research on age-related changes in decision-making processes. Elizabeth currently works with Dr. Kristy Nielson in the Aging, Imaging, and Memory (AIM) Laboratory examining ERPs as biomarkers of Alzheimer’s disease risk, neurocognitive deficits associated with alexithymia, and age-related changes in executive function and memory. Elizabeth has presented research with the AIM Lab nationally and internationally, and her future research will examine detection of early risk for Alzheimer’s disease as well as preventative and intervention measures.

Where are they now?

E-mail us to let us know! 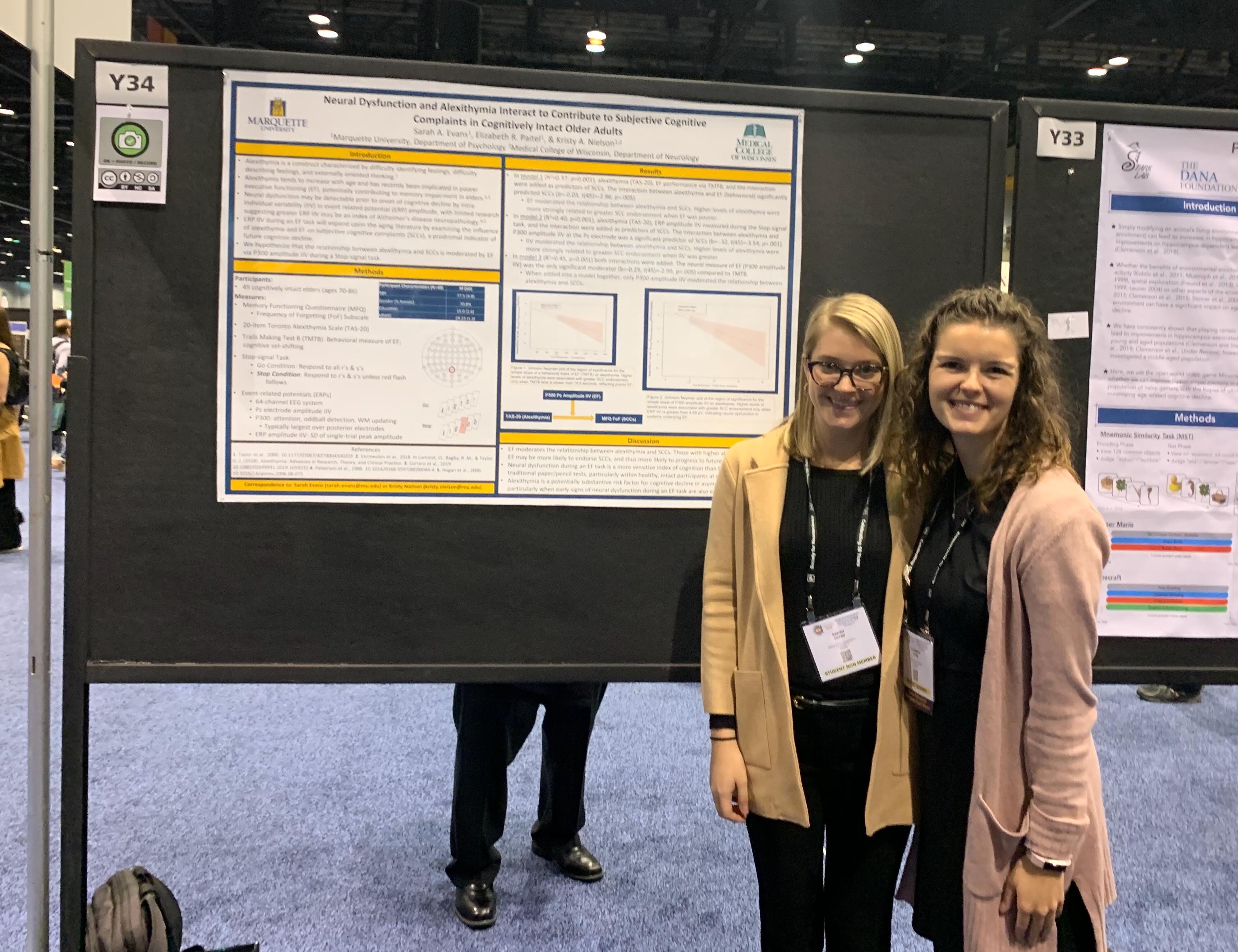 Sarah Evans and Elizabeth Paitel at the Society for Neuroscience conference, October 2019 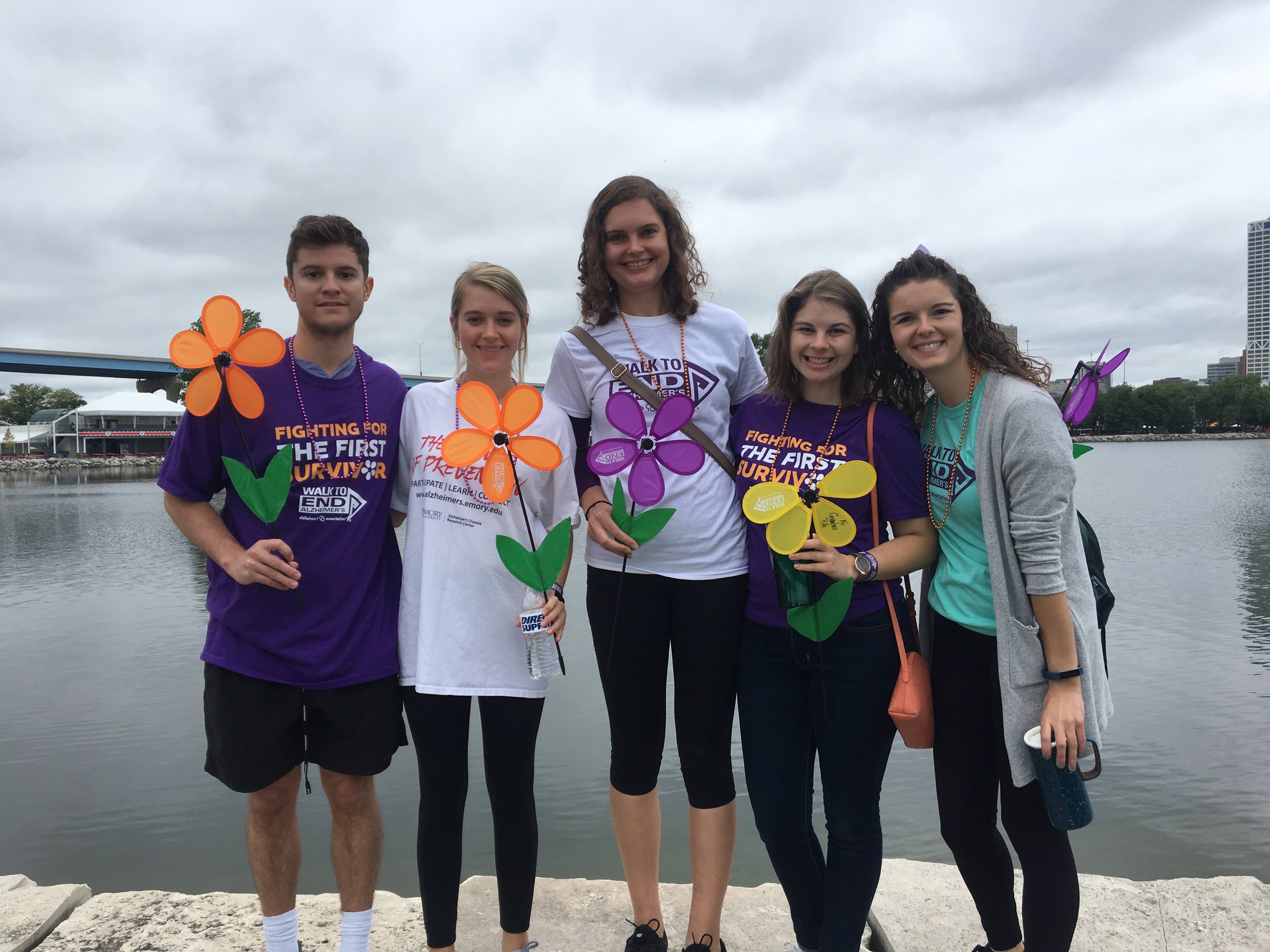 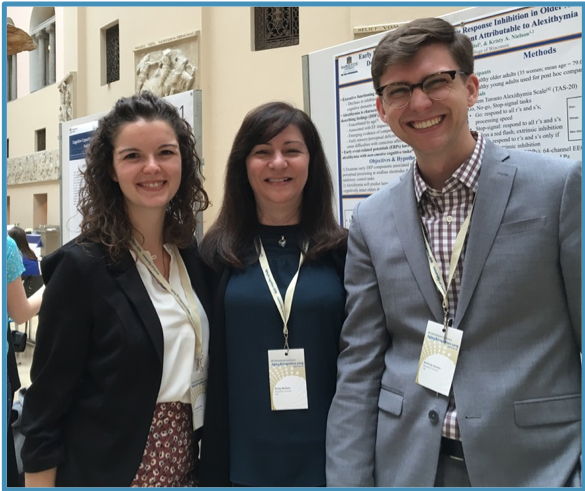 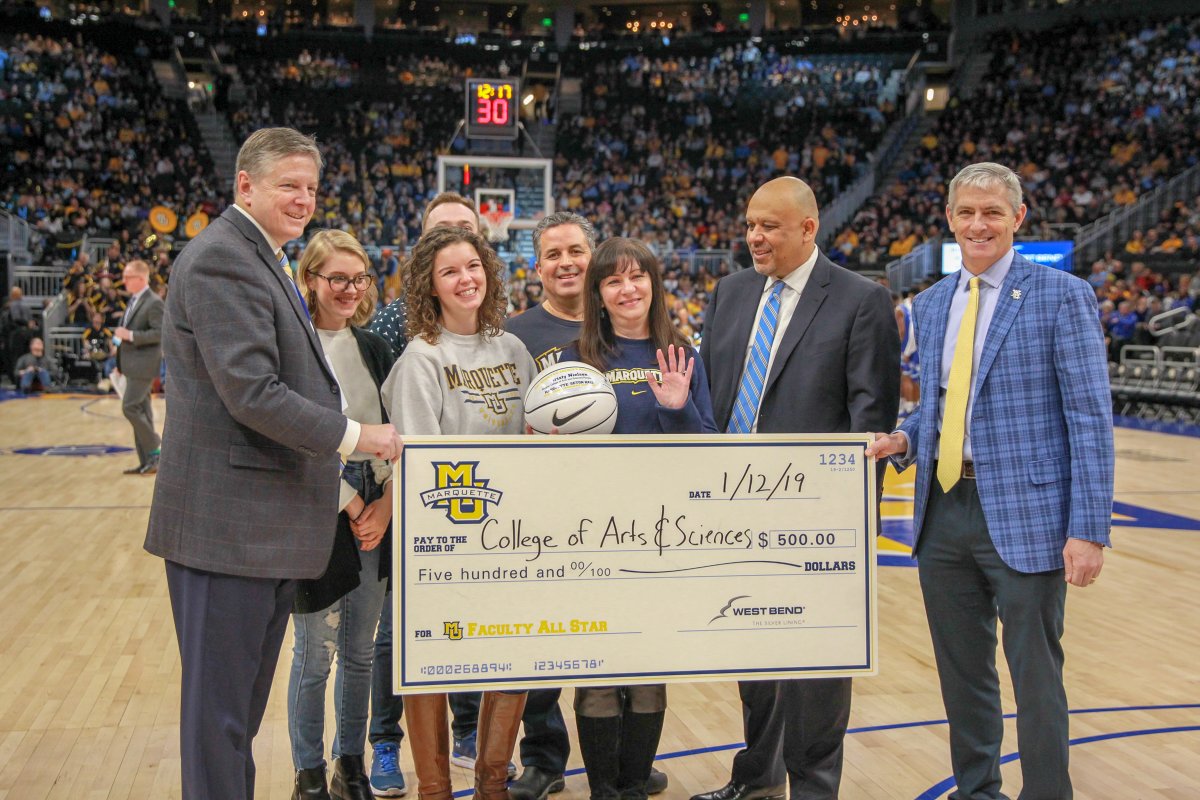 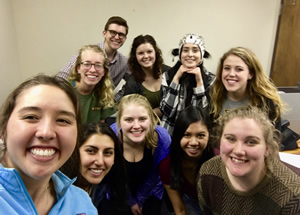 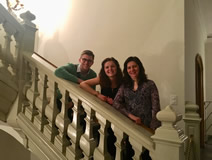 At the EUCAS dinner at the Zunfthaus zur
Meisen in Zurich, Switzerland, April 2017

Us at the EUCAS Dinner at the Zunfthaus zur Meisen, Zurich 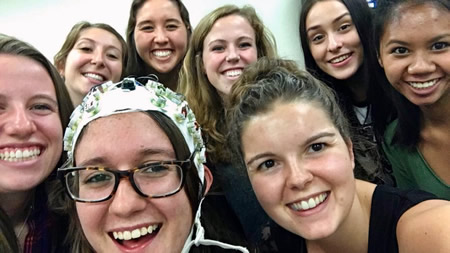 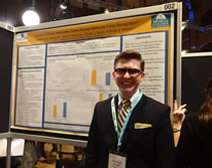 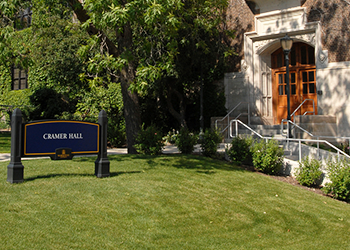