“There is nothing so practical as a good theory.” Kurt Lewin

In this lab we study a variety of socially important topics. Guided by social psychological theory we investigate topics such as women’s experiences with sexism, how sexist beliefs influence relationships, how people can be allies to marginalized groups, Black women’s activism in the face of discrimination and more.

Interested in being a member of our Research Lab?

Please note that Dr. Oswald is not reviewing graduate student applications this year. Undergraduate students from Marquette University who are interested in a position should send Dr. Oswald an email. Preference is given to students who have completed Psych Stats and Social Psychology.

Zane Ballard grew up in LaBelle, Texas and attended undergraduate studies at Millsaps College in Jackson, Mississippi. While working toward his bachelor’s degree in psychology, Zane developed an interest in aspects of sexual identity as they relate to LGBTQ community involvement and social affect. Following graduation, Zane coordinated a study in the lab of Dr. Zina Trost at the University of Alabama-Birmingham examining the implications of an induced illusion on the likelihood of blood donation, and prospectively in the treatment of blood, injection, injury (BII) phobia. He also had the opportunity to work in a substance abuse treatment setting primarily serving low-income and homeless individuals, which broadened his conception of intervention implementation to traditionally underserved populations. Zane currently attends Marquette University as a student in the Clinical Psychology PhD program, and he hopes to continue to work with all facets of the LGBTQ community

Erick was born in Casas Caidas, Jalisco Mexico and grew up on the southside of Milwaukee. He graduated from Marquette University with a Bachelor of Arts in Psychology with a minor in Culture, Health, and Illness. At Marquette, Erick worked on multiple research projects that focused on the psychological difficulties experienced by members of underrepresented groups, both as a McNair Scholar and as an undergraduate research assistant. Following graduation, Erick worked at the Medical College of Wisconsin as a research coordinator working on multiple studies that examined depression and PTSD in traumatically injured hospital patients, as well as the bacterial composition changes in trauma survivors at risk for PTSD.

Currently, Erick is the graduate research assistant on Marquette University's NSF ADVANCE grant, which seeks to support and retain women and underrepresented faculty in STEM and SBE fields, as well as address department climate issues. Erick’s current research interests focus on the experiences of benevolent and hostile sexism as they intersect with race and gender role expectations.

His publications to date include: 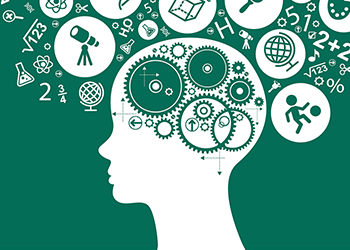