FERPA, or the Family Educational Rights and Privacy Act, was passed in 1974 and protects the privacy of students’ personal information and their academic and behavioral records.

One very important implication of FERPA for Dreamers is that any school or district that receives funds from the U.S. Department of Education cannot inquire into the immigration or citizenship status of a student or parent as a means of establishing the student’s residency in the district.

The effect of this law is that students can enroll in public K-12 schools without having to reveal their immigration status to school authorities, and therefore can attend school without fear that that information might be used as the basis for discrimination, intimidation, or deportation.

It is also important to note that information regarding a student’s undocumented status that is revealed during the admissions or financial aid process cannot be disclosed to a third party—including Immigration and Customs Enforcement (ICE) or any federal agency—unless the student provides consent or the school is compelled to do so by a judicial order or subpoena. Schools may, however, disclose “directory information” without a student’s consent. Marquette students who wish not to have their information included in the directory can contact the Registrar.

A 1975 Texas law allowed local public school districts to deny enrollment to students who could not prove that they were born or legally residing in the United States, and shortly thereafter, one school district began charging tuition for those students not “legally admitted” to attend their public schools.

Affected families filed a case that worked its way to the Supreme Court, and, in 1982, the Court ruled that the Texas law was unconstitutional because it violated the Equal Protection Clause of the 14th Amendment. It also found that the law was "directed against children, and impose[d] its discriminatory burden on the basis of a legal characteristic over which children can have little control.” It further stated that denying these children a proper education would likely contribute to "the creation and perpetuation of a subclass within our boundaries."

The effect of this Supreme Court ruling is that no public K-12 school can deny a child access to an education based on immigration status. This ruling does not, however, address the issue of access to postsecondary institutions.

IIRIRA vastly changed the immigration laws of the United States. There are hundreds of provisions, but some key implications include: increased border security and enforcement; a longer, more difficult process for undocumented immigrants to legalize their status; a lowered threshold for offenses that would trigger deportation; and more power given to INS (Immigration and Naturalization Services, now Immigration and Customs Enforcement, or “ICE”) to determine an immigrant’s lawful admissibility into the U.S.—power that used to be reserved for the court system. IIRIRA also permits the U.S. Attorney General to enter into agreements with state and local law enforcement agencies, permitting designated officers to perform immigration law enforcement functions. So far, only a few states have entered into these agreements.

However, as of 2015, there were 20 states that either through state law or through public university system polices allow undocumented residents to pay in-state rates. Five of the states that have laws on the books for tuition equity even offer financial aid through state funds as undocumented students are ineligible for federal loans and grants: California, New Mexico, Minnesota, Texas, and Washington.

These laws do not extend beyond public universities; every private university, like Marquette, creates its own policy regarding admission and eligibility for internal financial assistance for DREAMers.

In 2012, President Obama announced a presidential directive known as Deferred Action for Childhood Arrivals, or DACA, in which he exercised his prosecutorial discretion to delay deportation for DREAMers who were brought to the United States at a young age. Individuals may apply for DACA if they:

Benefits of DACA include:

You can find more information about DACA and how to apply or renew on the U.S. Immigration page.

Current Marquette students who are facing financial barriers to applying for or renewing their DACA permits should reach out to Jacki Black at jacqueline.black@marquette.edu to be connected to possible resources.

The legal limits of ICE enforcement on college campuses

In 2011, Immigration and Customs Enforcement (ICE) issued a Sensitive Locations memorandum declaring that, under normal circumstances, the agency would not engage in immigration enforcement actions at schools, hospitals, places of worship, and public demonstrations. While this policy was still in effect at the time this website was created, it could be withdrawn or amended by the administration at any time.

If a federal agency were to engage in immigration enforcement action on a university campus, it would need a warrant to enter certain areas. Students in dormitories enjoy Fourth Amendment privacy protections in the same way that citizens in private homes do, and therefore, immigration agents cannot enter a dorm room without a warrant signed by a federal judge. But immigration enforcement agencies can enter any space that is open to the public without a warrant.

The Immigrant Legal Resource Center has put together these recommendations for undocumented immigrants around seeking legal counsel, making a family preparedness plan, understanding which documents you should and should not carry on you, and your rights in case you are approached by ICE. 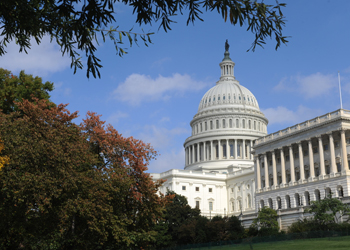