The Future of DACA

In September 2017, the administration took steps to rescind DACA. Nearly a year later, a federal judge upheld the program and ordered the administration to reinstate it. For the time being, this means that DACA renewals and new applications will be processed. The Informed Immigrant website provides a step-by-step guide to renewing your DACA.

In February 2017, John Kelly, the Secretary of the Department of Homeland Security (DHS), posted two memorandums on the official DHS website detailing changes in the way that immigration policy will be enforced.

One, entitled Enforcement of the Immigration Laws to Serve the National Interest, deals primarily with immigration law enforcement priorities in the interior of the U.S. In this memo, the Secretary directs federal agencies to ramp up enforcement efforts by hiring additional agents and officers; expanding 287(g) agreements, which deputize local law enforcement agencies as arms of the federal government; and broadening the definition of a “criminal alien”, thereby widening the range of immediately deportable offenses.

The other memorandum, entitled Implementing the President's Border Security and Immigration Enforcement Improvements Policies outlines new policies for immigration law enforcement at our nation’s borders. Some of the provisions include: expediting the removal of unauthorized immigrants apprehended at the border, directing U.S. Customs and Border Protection (CBP) to hire additional agents and officers, and paving the way for border wall construction.

FERPA is a federal law that protects the privacy of student information. Information regarding a student’s undocumented status that is revealed during the admissions or financial aid process cannot be disclosed to a third party—including ICE or any federal agency—unless the student provides consent or the school is compelled to do so by a judicial order or subpoena.

Schools may, however, disclose “directory information” without a student’s consent. Marquette students who wish not to have their information included in the directory can contact the Registrar

The legal limits of ICE enforcement on college campuses

In 2011, Immigration and Customs Enforcement (ICE) issued a Sensitive Locations memorandum declaring that, under normal circumstances, the agency would not engage in immigration enforcement actions at schools, hospitals, places of worship, and public demonstrations. While this policy was still in effect at the time this website was created, it could be withdrawn or amended by the new administration at any time.

If a federal agency were to engage in immigration enforcement action on a university campus, it would need a warrant to enter certain areas. Students in dormitories enjoy Fourth Amendment privacy protections in the same way that citizens in private homes do, and therefore, immigration agents cannot enter a dorm room without a warrant signed by a federal judge. But immigration enforcement agencies can enter any space that is open to the public without a warrant.

In February of 2017, Marquette outlined its official position and available resources regarding undocumented individuals in this message from Provost Myers and Dr. Cole.

The Immigrant Legal Resource Center has put together these recommendations for undocumented immigrants around seeking legal counsel, making a family preparedness plan, understanding which documents you should and should not carry on you, and your rights in case you are approached by ICE. 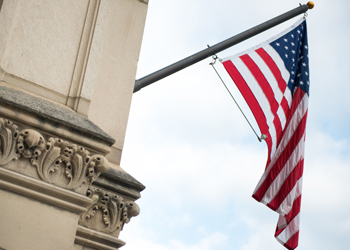