The Spanish program at Marquette provides students with the opportunity to develop linguistic proficiency in one of the most widely spoken languages in the world while learning about the rich and diverse cultures of Latin America, Spain and the Latino communities in the United States. The goal of the undergraduate program is twofold: to master all four skills of language acquisition (speaking, understanding, reading and writing), and to gain in-depth knowledge of content areas related to language, linguistics, literature, culture and film of the Spanish-speaking world. Majors in Spanish may combine studies with other disciplines in the humanities, social sciences or sciences. Students considering careers in education, international business, medicine, law, government or communications are particularly encouraged to pursue a double major or a minor in Spanish.

Two distinct majors are offered: Spanish Language, Literature, and Culture, with special concentrations including one for Education majors; and Spanish for the Professions, with concentrations in either Business or Health. Both majors also offer curricular concentrations designed to meet the needs of heritage and native speakers of Spanish.

Two distinct concentrations offered for the Spanish for the professions major:

Four distinct concentrations for the Spanish for the Professions minor:

"Studying Spanish at Marquette has given me opportunities to engage with my community locally, nationally, and globally in ways that were only possible through studying both the language and culture."

"Looking back at my Marquette experience, I can proudly say that the Language department was a great influence for my intellectual and mental growth. What set this program apart from other programs at Marquette was the caring and dedicated professors who went above and beyond to make sure that we didn't just learn Spanish. Through service learning and diverse classes, we were able to use our skills that they taught us to give back to the Latinx community in Milwaukee. As a minority, sometimes it's hard to be student at a Predominantly White Institution. However, I am grateful for the support the language department has provided us. The professors within the language department as a whole welcome us with open arms. There aren't enough words to describe how amazing this program is. The Spanish Department is a hidden gem at Marquette!

Heritage learners of Spanish: Heritage learner of Spanish are students of Hispanic background who have been educated in the United States and have been exposed to Spanish in their homes or communities from an early age, but who consider English their primary language.

Electives: These are upper-division courses at the 3000 and 4000 levels which were not previously taken to fulfill a requirement. Where there are options listed, if a student wanted to take both instead of choosing only one, such as SPAN 3300 or SPAN 3310, or SPAN 3515 and SPAN 3520, one course could be used to fulfill the requirement and the other course to fulfill an elective.

For more information on Spanish courses and an extensive course work guide to the Spanish program, please visit the Marquette Undergraduate Bulletin. 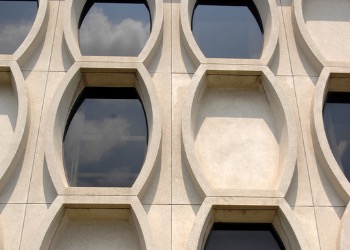