History of the University Staff Senate

The University Staff Senate (USS) is rooted in the history of two separate entities that eventually merged.

The Committee on Staff (COS) was established in October 1981, with formal approval of its by-laws in February 1982. The COS served as a liaison between Marquette's support staff and the administration, encouraging university improvements at the policy level.

The Marquette Chapter of the American Association of University Administrators received approval of its proposal to create the Committee on Administrators (COA) in March 1982. The COA advocated on behalf of university administrators, promoting professional development, communication, collegiality and other issues related to overall welfare.

After Marquette University decided to refer to all non-faculty employees as staff, a joint committee including representatives from the COS and COA drafted bylaws in August 2012 to form a combined group known as the University Staff Assembly (USA). In April 2013, elected representatives of what was formally known as the University Staff Assembly held their first meeting as a combined unit. The group has evolved significantly since then.

Members of the USS look forward to continue serving the best interest of all Marquette staff. 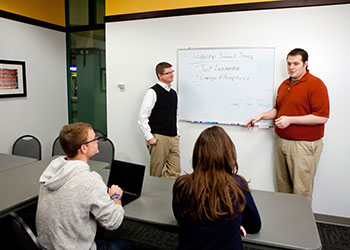