John J. Schmitt (Ph.D., University of Chicago, 1977), [Biblical], specializes in Old Testament studies, particularly in the study of the Prophets, Psalms, and history of traditions. His current research centers on gendered personification in the Hebrew Bible. He is also working on an edition of the Libellus of Paolo Giustiniani and Pietro Quirini, an early sixteenth century call for reform of the Church by these two Camaldolese hermits. Schmitt was an NEH Humanities Summer Seminar awardee (1978), and was Visiting Lecturer at Sheffield University (1991). He has published over twenty articles in scholarly journals such as, Journal of Biblical Literature, Hebrew Studies, Revue Biblique, Novum Testamentum, and chapters in books. He is the author of Isaiah and His Interpreters (New York: Paulist Press, 1986), and is co-author of The Storyteller's Companion to the Bible: Post-Exilic Prophets (Abingdon, 1995). Recent published articles include: “Gender Correctness and Biblical Metaphors: The Case of God's Relation to Israel,” Biblical Theology Bulletin 26 (1996) 96-106, “The City as Woman in Isaiah 1-39” in Writing & Reading the Scroll of Isaiah: Studies in an Interpretive Tradition, (2 Vols., Supplements to Vetus Testamentum, LXX; Formation and Interpretation of Old Testament Literature, 1; Leiden: Brill, 1997) 1:95-119, ‘Israel as the Son of God in Torah,” Biblical Theology Bulletin 34 (2004) 69-79, “Psychoanalyzing Ezekiel,” in Psychology and the Bible: A New Way to Read the Scriptures, Vol. 2, From Genesis to Apocalyptic Vision (Westport, CT: Praeger, 2004) 185-201, and a piece on the relations among the three Abrahamic Faiths in the National Catholic Reporter, January 16, 2004, p. 14. 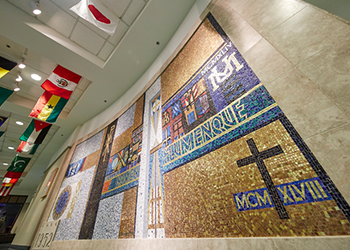