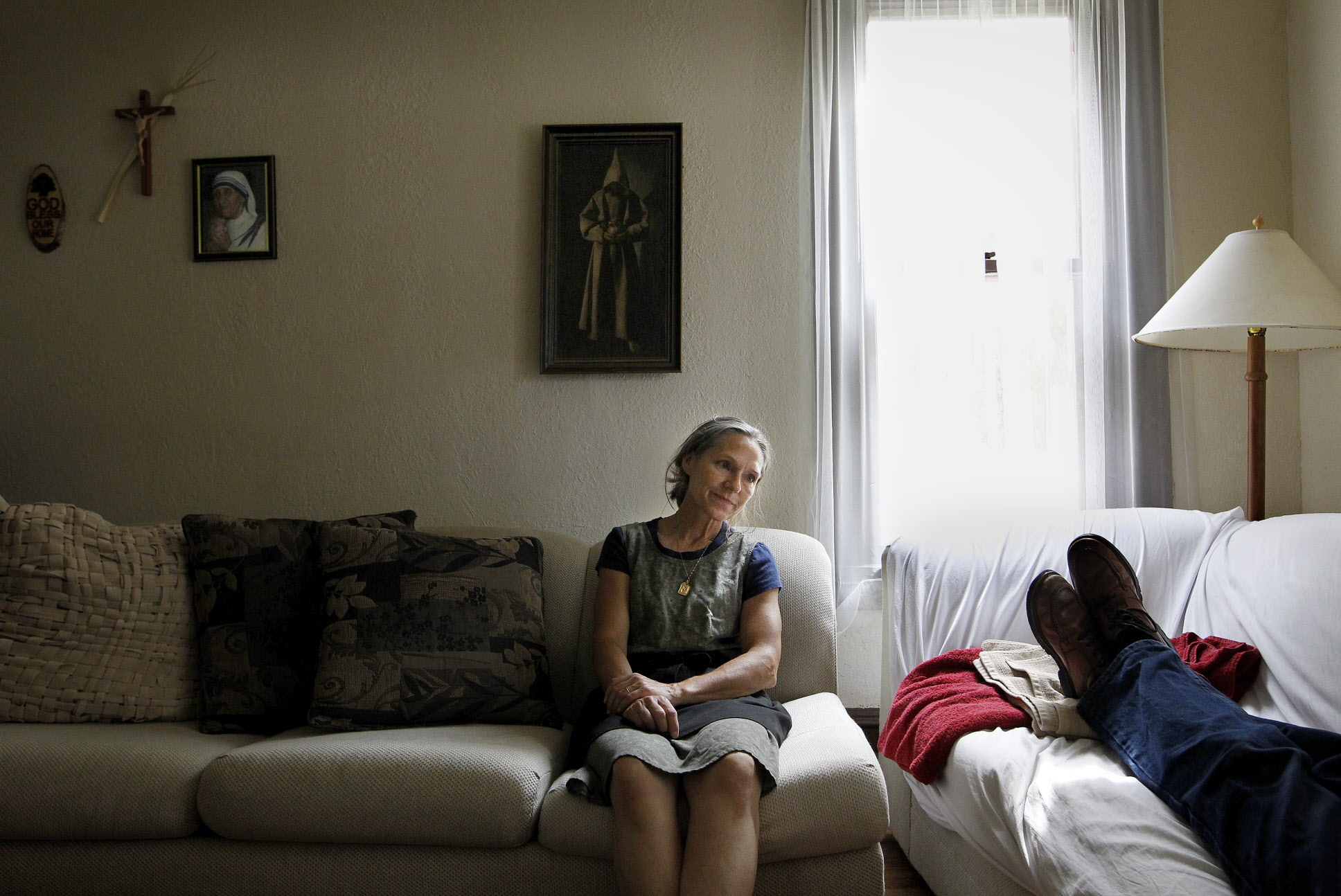 The series combined local, national and international reporting and drew the conclusion that Milwaukee County’s mental health system focuses less on continual care and more on emergency treatment than any in the nation.

Kissinger traveled to California, Ohio, Texas, as well as Belgium, for her reporting. Diederich College students and faculty contributed to the coverage.

Kissinger received a George Polk Award for investigative reporting for the work. Judges said Kissinger's "Chronic Crisis" stories were "so revelatory, analytical and conclusive that they amount to a definitive study of a system that barely functions."

Shortage of community treatment means police are called to handle those in crisis while doctors face legal hurdles to providing adequate care.

Focus on emergency psychiatric treatment rather than continual care can carry dire consequences for patients and their families.

Milwaukee County has the highest known rate of emergency detentions in the U.S.

In an average year, there are about 13,000 patient visits to the county's psychiatric emergency room. Of those, roughly two-thirds are brought in on emergency detentions, when they are considered a danger to themselves or others. In many ways, the county is out of step with the rest of the state and the nation when it comes to its reliance on emergency care.

Wisconsin’s laws effectively deny care to those most in need.

Unable to get her 25-year-old son the institutional care he needs in Milwaukee County, Debbie Sweeney saves for a trip to California, hoping to find a place for him there.

'You need to put him into urgent care'

But Debbie Sweeney knew her son would not go voluntarily – and the suicide notes wouldn't be enough for forced treatment.

Waiting for an angel

After more than a week in California, time was running out on Debbie Sweeney and her son, Rob. Would they find the help they need?

No place left to turn

For those like Rob Sweeney – too sick for community care, not dangerous enough to be hospitalized – there is no safety net.

October 2013: Part Three
There was time to help Paul Schmidt, but politics got in the way

For decades, Milwaukee County politicians have ignored calls to build a better system of mental health care in the community.

Outside Milwaukee's failing mental health system, a woman finds her own way to care for those in need

To Rachel, her four-bedroom, one-bathroom house is a place where people who are having a hard time can come to live like a family. Some have mental illness. Others have drug addictions. Some have both.

In a centuries-old tradition, families in Geel, Belgium, take in those with mental illness

Patients and families are matched in a community program that has roots in the legend of Saint Dymphna, patron for those with mental disorders.

While Milwaukee County has languished, other communities have improved their mental health care. From reducing emergency detentions to providing better community care, here is a look at how they did it — and what needs to happen here.

For 40 years people have talked about reforming Milwaukee County's mental health system. It's time to act.

Maybe one of the reasons mental health reform in Milwaukee County has languished for so long is that the people most affected and motivated to improve the system are too exhausted or grief-stricken or ashamed. Change takes political will, cooperation and sometimes a hero.

Throughout the course of Kissinger's O’Brien Fellowship, Diederich College of Communication graduate and undergraduate students contributed to various aspects of her work as experiential learning. Two students, Emily Foster and Kayla Parker, traveled with Kissinger and faculty member Danielle Beverly to Geel, Belgium, to provide camera and audio assistance for a video journalism effort; students Katie Doyle and Marissa Evans also helped with the production. Kissinger and Beverly also helped the same group of students produce a video story about a nonprofit organization’s efforts to prompt discussions about mental illness in Milwaukee County.

Students Emily Foster, Kayla Parker, Katie Doyle and Marissa Evans helped to produce and edit this video about the centuries-old tradition in this community of caring for those with mental illness. The video focuses on Belgians Toni Smit and her husband, Arthur Shouten, caring for Dis Simon and Luc Ennekens, who have become like family.

Audio: What can be done to improve the system?

As part of a digital journalism class assignment, and working with audio recorders and cameras, 16 students interviewed eight people involved in Milwaukee County’s mental health system, including doctors, patients, psychiatrists and others – asking each of them what should be done to improve care in the system.

Students Emily Foster, Kayla Parker, Katie Doyle and Marissa Evans helped to produce and edit this video featuring performer Troney Small, who lost his brother to suicide and works to lessen stigmas about mental health disorders through a play, “Pieces: In My Own Voice.” The National Alliance for Mental Illness (NAMI) uses the play to prompt discussions about mental illness.