A delayed flight and the chance of a lifetime - that’s how the O'Brien adventure began for Erin Jordan (2018-19 O'Brien Fellow) and John Steppe's (2018-19 reporting intern).

It was August of 2018. Jordan and Steppe, now reporters at The (Cedar Rapids) Gazette, headed out on separate flights to Louisiana to interview two scientists at Louisiana State University. However, when Jordan’s flight did not arrive, Steppe found himself having to take the lead. 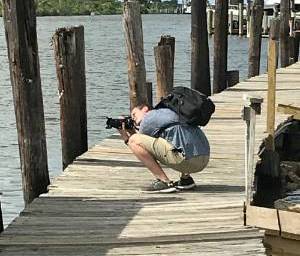 “Weeks before even the fall semester started, I was running with kind of the key interview of this Louisiana trip,” Steppe said.

Steppe mentioned this unique experience helped him learn how to jump in at a moment’s notice to get the story.

“I knew that John was going to be a tremendous asset to the project within the first week that I knew him,” Jordan said.

Over the course of the next nine months, Jordan and her team of reporting interns (Steppe, Meaghan Kaupe, Mark Lisowski) delved deep into her topic of water quality in the U.S. They divided up 12 states and reached out to public officials to look closely at the level or lack thereof of progress being made to stop water pollution. Jordan said that without the support of her students and the other Fellows, she would not have been able to do this big of an investigation. 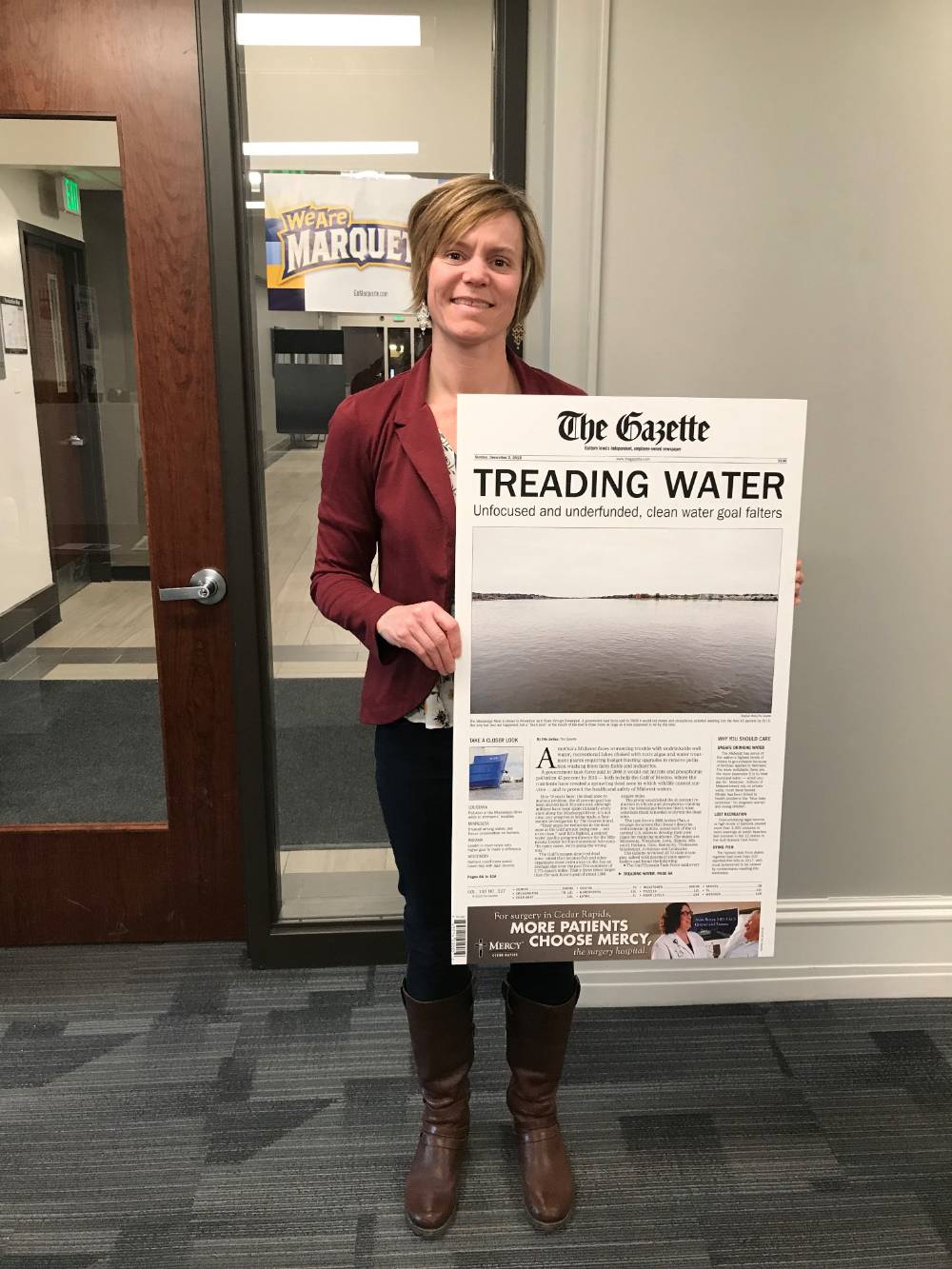 “It really is a game-changer for students in terms of getting experience that you can’t get elsewhere on campus, learning from a mentor reporter, and getting your foot in the door at an outlet that could...potentially hire you a year from now,” Steppe said.

And, that’s exactly what happened. After working with Jordan, Steppe landed a summer internship at The (Cedar Rapids) Gazette, then a freelance position, and later a full-time business reporting position at the publication.

The pair mentioned that their experience at O’Brien was invaluable because it has helped them at The (Cedar Rapids) Gazette in several different ways. Steppe said he still applies the skills he learned from Jordan when navigating public records requests and dense scientific reports. Jordan said O’Brien helped her think bigger and take more risks. She recently acquired a grant to help support public records requests for Iowa publications - something she would not have thought about applying for before O’Brien. 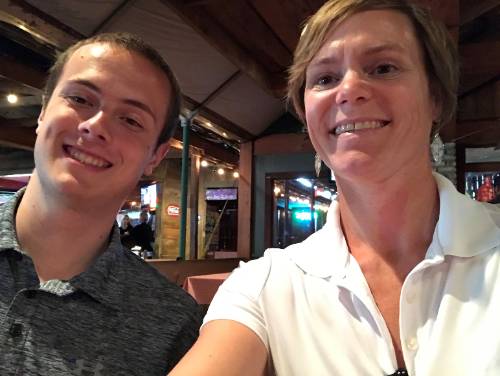 “I think professionally, the O’Brien Fellowship really helped me just have a lot of confidence,” Jordan said.

Both Steppe and Jordan still collaborate at The (Cedar Rapids) Gazette to this day, working together on the 2020 election coverage, fact-checking, and a regular Thursday podcast.

“I got to know Erin really well and now we’re good friends...Erin’s been a great mentor to me over the last [two] years since the fellowship,” Steppe said. 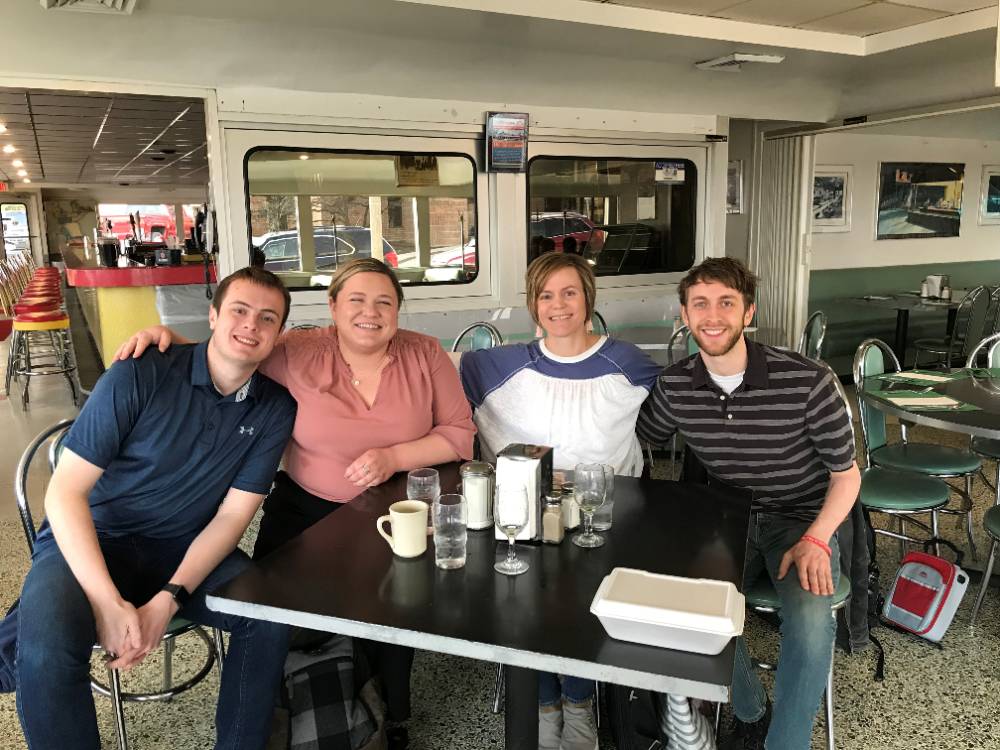 A Word From The Editor

As editor for The (Cedar Rapids) Gazette, Zack Kucharski said that Erin Jordan's Fellowship allowed the paper to learn new ways to manage and collaborate on projects in their own newsroom. Earning former O’Brien student John Steppe as a full-time reporter was also a great benefit to the publication.

“These types of outcomes are true wins for everyone,” Kucharski said.

Not only were they able to grow as a publication, but they could also report on a topic like water pollution in an in-depth way which would not have been possible without resources from the Fellowship, Kucharski mentioned.

“The O'Brien Fellowship was a fantastic experience for The Gazette in ways that went beyond the journalism and reporting. I'd strongly encourage media organizations to support potential fellows, and I'd highly recommend this program,” he said.