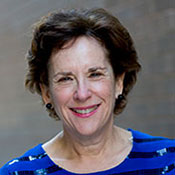 As a 2015-16 non-residential O’Brien Fellow, Miranda Spivack, based in the Washington, D.C. area, produced “State Secrets,” a series examining series gaps in government transparency across the country.

The stories were published by the Center for Investigative Reporting, the Milwaukee Journal Sentinel, the Center for Public Integrity and Columbia Journalism Review, Spivack and students built a 50-state database showing government policies on public information.

In 2017, Spivack received the national Society of Professional Journalists’ (SPJ) Sunshine Award at the Excellence in Journalism Conference for the project. The annual award honors people or organizations for their contributions to open government.

The Center for Public Integrity – The Maryland health insurance exchange stumbled badly almost the minute it opened for business in 2013, felled by technology, not medical science. A series of computer glitches paralyzed the system and took months to resolve. Some of the contracts for the failed 2013 rollout had been awarded without competitive bidding, a move allowed by changes approved in 2011 by the state Legislature with little fanfare.

WJLA-TV in Washington – Spivack is interviewed in this 11-minute television interview about the findings of the report published by the Center for Public Integrity, which graded each state and the District on honesty, ethics and transparency. "Even if you're cynical about politics, you may be surprised at how bad the grades are," the television station states on its website.

Columbia Journalism Review – Even though the plumbing issue hardly rose to the level of scandal, the compliance board’s ruling, and others sought by the weekly paper, put the community on notice: The Kent County News was watching. The paper not only covered the county fair and printed school-lunch menus, but also monitored the officials who hold the county’s purse strings and make decisions that can have major influence on people’s lives.

Milwaukee Journal Sentinel – With state and local government secrecy on the rise in many U.S. jurisdictions, this database offers a view of state open records and open meetings laws, and provides information about how to get what you are looking for, as well as ensure that government is operating in the sunlight.

Milwaukee Journal Sentinel – With state and local government secrecy on the rise in many U.S. jurisdictions, this database offers a view of state open records and open meetings laws, and provides information about how to get what you are looking for, as well as ensure that government is operating in the sunlight.

The Center for Investigative Reporting – The government in Allentown, Pennsylvania, was desperate to find ways to fund its pension plan for city employees, which was about $160 million short. Officials decided in 2012 that selling off the city’s public water system was the best solution.

The Center for Investigative Reporting – But when residents asked for those documents, they hit a wall: Montgomery County government officials said they could not find many emails, letters and calendars related to their search. This seemed preposterous, so the residents took the only route available to them — they went to court. A skeptical county judge urged the government to look anew for missing documents. Officials soon managed to find most of what the residents had sought.

The Center for Investigative Reporting – The long delay in the video’s public release points to a broader question that has vexed many police departments, civil liberties advocates and elected officials: Under what circumstances should footage from police body and dashboard cameras be made public, and how much? The question has become more pressing with the Obama administration’s award of more than $41 million in the past two years to help law enforcement agencies buy body cameras for officers.

The Center for Investigative Reporting – In many states, individual accident reports are available to the public, but the cumulative data and the rankings by the state of specific sites are usually not obtainable. This information gap leaves drivers, school bus dispatchers, truckers, cyclists and pedestrians at a disadvantage, without information that would enable them to avoid dangerous routes. It opens the possibility that the decisions about which site gets fixed and when could be based on favoritism, not objective data.

The Center for Investigative Reporting – State and local laws usually can be found online. But in Washington D.C. and dozens of other cities and states, the rights to publish those laws don’t belong to the people or the governments. They belong to private contractors. The fight to unravel that legal maze put a software engineer in the epicenter of a long-standing debate over private companies that are controlling access to government data, documents and laws.

Throughout the course of Spivack’s O’Brien Fellowship, Diederich College of Communication students contributed as interns to various aspects of his work as experiential learning.

US government fails to track toxic spills in nation’s waterways

The Center for Investigative Reporting - Reveal. By Theresa Soley. The federal government routinely fails to list the amount of toxic chemicals spilled into the nation’s waterways, leaving the public in the dark about spills’ impacts on residents, neighborhoods and the environment.

Outside In: Welcome to Flint, Michigan

By Devi Shastri – A lack of transparency at the state and local level led to criminal charges and civil lawsuits following findings that officials did not act quickly enough to alert residents in Flint, Michigan, that their water had been contaminated.

By Jenna Ebbers – Amid increasing challenges to their authority and troubling incidents of police shootings of unarmed black and Hispanic men, the Milwaukee Police Department has, like many others around the country, sought to respond to the public clamor for greater transparency. But the August shooting death by a Milwaukee police officer of Sylville Smith, 23, put those aspirations to the test.

By Devi Shastri – When I first heard about the government poisoning its citizens in Flint, I couldn’t believe something like it could be happening in America. How does a system that involves so many organizations and has so many safeguards fail to protect those in its care?

Outside In: Welcome to Flint, Michigan

By Devi Shastri – What is happening in Flint is a disaster. The people are rightfully angry. Yet, their strength is humbling. This city had one of the nation’s worst public health and humanitarian crises of the century thrust upon it. Still, it made a nosy little outsider like me feel at home.