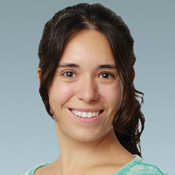 The stories found that some Florida businesses profit from the labor of unauthorized immigrants after accepting phony identification when hiring them, and then the employers or their insurers report them after a work injury for using false documents.

Workers’ compensation fraud laws are meant to punish those who try to abuse the system, such as employees who fake injuries or employers who leave workers unprotected. But a 2003 change in the Florida law is punishing immigrants who were legitimately injured if they use Social Security numbers not assigned to them or fake IDs to obtain a job or injury benefits.

Most of the injured immigrants reported under the law in recent years work for a few companies that provide labor and personnel services to high-risk industries such as construction and landscaping, promising cheaper workers’ compensation costs to their client businesses, the Daily News found.

Some companies or their insurers legally avoid paying injury claims, while their injured undocumented workers lose their jobs, get arrested, face jail and deportation, and must pay their own medical bills.

The stories prompted the introduction of legislation in the Florida Legislature to change state law to block the abuses. The journalism earned Perez a prestigious George Polk Award for immigration reporting.

Database of injuries to workers