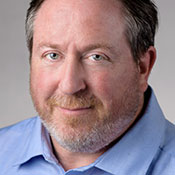 In April 2019, Wisconsin Public Television producer Andy Soth and his team of O’Brien student interns broadcast a documentary film called “Portraits from Rural Wisconsin,” which illuminates the reality of rural life in historically ‘blue’ counties that voted for Donald Trump in the 2016 presidential election.

It was the first feature-length film to be produced through the O’Brien Fellowship.

The film is made up of a series of vignettes on life in rural Wisconsin today. The film presents a wide range of subjects, from farmers to festivalgoers, from historical reenactors to EMT’s to a country radio station host -- all facing the daily challenges of navigating changes brought by political decisions made far from their homes.

For the documentary, Soth and his interns made regular trips to these counties to shoot footage and interview residents. The team also edited the footage into shorter video segments for a hyperlocal Facebook news series called “The Purple River Project.”