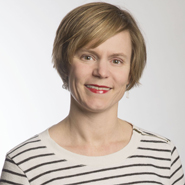 In December 2018, Erin Jordan and her team of student reporting interns launched “Treading Water” in The (Cedar Rapids) Gazette. The online and print series focused on states’ efforts to address pollution washing from farm fields and industries into the Mississippi River -- contaminating drinking water, killing fish, and producing algae blooms and bacteria at public beaches.

The team tracked the effectiveness of the US Environmental Protection Agency's Gulf Hypoxia Task Force, which in 2008 released a 12-state plan to improve water quality in the Mississippi River Basin. The reporters found that in many cases, these states lacked the funding or focus to meaningfully follow through.

The task force planned to cut nitrate and phosphorus pollution by 45% by the year 2015 -- a goal that has since been pushed back 20 years.

Only four task force states met the goal of completing a strategy by the stated 2013 deadline. Kentucky and Tennessee still have only drafts. And five states haven’t updated their strategies since, contrary to advice from the US Environmental Protection Agency.

This inaction has major impacts for public health, wildlife and recreation.

The Midwest has some of the nation’s highest levels of nitrate in groundwater because of fertilizer applied to farmland, The Gazette reported. Nitrate in drinking water has been linked to health problems, including infant methemoglobinemia — blue baby syndrome — a life-threatening condition reducing the blood’s ability to carry oxygen.

The twelve task force states reported more than 200 fish kills in 2017, with most determined to be caused by contaminants washing into waterways. Algae blooms and high levels of bacteria also caused more than 1,400 closures or swim warnings at public beaches in these states last summer.

Additionally, Lisowski and Steppe earned solo bylines. Lisowski traveled to Minnesota to interview farmers and a government environmental expert about a state law that requires farmers to use buffer strips to prevent agricultural nutrient runoff. Meanwhile, Steppe interviewed Green Bay residents and researchers from the University of Wisconsin system about how agricultural waste is contaminating drinking water and causing summer dead zones in Green Bay.

The series also featured interactive graphics by Max Freund, Managing Editor of Digital at The Gazette.

Interactive: The Gulf Dead Zone Through the Years

Interactive: What is your state contributing to the Dead Zone?