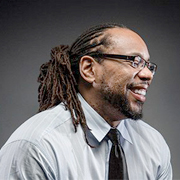 Milwaukee Journal Sentinel projects reporter and editorial columnist James E. Causey and his team of O’Brien student interns examined the struggle for equality for Black Americans both in Milwaukee and across the country.

Black citizens, especially in Milwaukee, are experiencing some of the highest rates of poverty and a major lack of homeownership opportunities. In light of recent advances made by the Black Lives Matter movement, the team’s reporting recognizes that the quest for equality continues on and is far from over.

The first installment of “Milwaukee’s Promise” examined the long history of  inequalities faced by Black Americans, specifically through the eyes of Fannie Lou Hamer, an equal rights activist. Her story begins over six decades ago. The second installment covered housing issues.

Causey is also hosting an ongoing series of public forums on the topic. The first forum on Aug. 12 provided attendees a chance to share their “vision boards” for where they hope Milwaukee will be in 12 to 18 months. Six community members shared their visions: Natalie Hayden, co-founder of ExPosed The Podcast; Camille Mays, founder of the Peace Garden Project MKE; Imani Ray, teen program coordinator at The PEAK Initiative; Montell Ross, LGBTQ organizer; Jeremy Triblett, founder of Anapto Training and Presentation Design; and Venice Williams, executive director at Alice's Garden Urban Farm.

All forums are supported by the Greater Milwaukee Foundation, the O’Brien Fellowship for Public Service Journalism, the Milwaukee Journal Sentinel and WUWM 89.7 FM - Milwaukee's NPR.

June 2020
Fannie Lou Hamer’s declaration ‘I’m sick and tired of being sick and tired’ is still a rallying cry for Black people in Milwaukee. By James E. Causey

August 2020
Homeownership for Black families in Milwaukee is worse now than 50 years ago. Could a regional approach to affordable housing help? By James E. Causey

‘I’m just trying to really build my roots’: At 21, Shema Mosely is one of the youngest people to qualify for a Habitat for Humanity home, By James E. Causey

‘This is my life’: Bob Bleckinger has been volunteering for Habitat for Humanity for 17 years, even cancer won’t stop him, By James E. Causey

VIDEO: Bob Bleckinger is a Habitat volunteer who keeps working despite cancer diagnosis, By Angela Peterson

Interested in buying your first home in Milwaukee? Here is a list of some programs that can help you navigate the process, By Abby Ng

New York Law helps tenants organize. Just ask the ones who lived 13 months with no gas, and a hot plate for food, By James E. Causey

Facing eviction? Here are programs in Wisconsin that can help you stay in your home. By Abby Ng

November 2020
One of the most powerful ways to close the racial gap in academic performance: Black boys need to see more Black men reading, By James E. Causey

VIDEO: 'I'm preparing them for the future.' MPS teacher is more than a role model. By Angela Peterson

Black male teachers can have a profound impact in the classroom. Unfortunately, they're a rarity, By James E. Causey

How many Black male teachers did you have? I've only had two. For future black students, that number needs to go up, By James E. Causey

December 2020
I've experienced racism all my life. But a course called 'Unlearning Racism' opened my eyes to new information and ideas, By James E. Causey

'Stand back, boy': More than four decades later, the memory of my first brush with racism remains vivid and painful, By James E. Causey

What happens when the subject of race is on the table? We invited a diverse group of people to our house to find out, By James E. Causey

Interested in learning more about racism? There are a lot of great books on race, race relations and white privilege, By James E. Causey