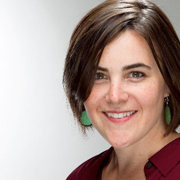 In December 2019, Ferral reported on an investigation by federal officials who claimed the Wisconsin Guard’s reviews of assault allegations were “an absolute train wreck.”

Four days following the release of the report showing that the Guard botched investigations of sexual assault and harrassment, the chief of the Wisconsin National Guard Adjunct General Donald Dunbar resigned.

In a later investigation that was national in scope, Ferral found that the National Guard downplayed sexual assault allegations for years and failed to take accountability. The Guard also retaliated against women who filed the allegations, taking away their promotions and re-victimizing them through a justice process that dragged on.

The team's stories got attention in Washington, D.C. and Madison.

All of Ferral’s work for the Cap Times during the Fellowship was co-edited by the Milwaukee Journal Sentinel, a partner of the O’Brien Fellowship.

March 18, 2021
‘Hero to Zero’: The National Guard welcomes and promotes women. That is, until they report a sexual assault.

National Guard at a glance

Sexual assault reports in the National Guard tripled in a decade. Here's what else our investigation found.