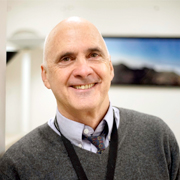 The Berkshire Eagle investigations editor Larry Parnass and his team of O’Brien student interns are examining the health and future of public forests, the federal agency that oversees them and the tug-of-war between commercial timber and ranching interest, and environmental protections.

The role of the Trump administration in loosening some environmental regulations to open up more land for commercial use is also part of the series.

Marquette students Matthew Martinez, Chris Reisner, and Caroline White are working in collaboration with Parnass on the series.

The first installment in the “New Forest Wars” series examined the rapidly changing state of the Black Hills National Forest in South Dakota and Wyoming. The U.S. Forest Service is facing decisions on how to preserve the forest.

Northern Wisconsin towns depend on snowmobile recreation to survive. So volunteers stepped in to clear damaged trails.