Magis Award recipients are students, nominated by staff, who have demonstrated the concept of magis in some way (i.e. doing more for Christ, doing more for others, “the more universal good”). Magis should be thought of as depth and not necessarily quantity of engagements. A student who receives a Magis award is someone who has demonstrated exceptional leadership, excellence, dedication and commitment above and beyond the requirements of a paid or appointed role in the academic year in which they are nominated. These awards are selected by a a committee comprised of staff across Student Affairs and Campus Ministry and announced at the awards ceremony.

Ella Nghiem is a first-year student from the San Francisco Bay Area, California. She is majoring in biomedical sciences with a minor in dance in the 7-year pre-dental scholars program. As a Vietnamese-American, she is involved with Marquette’s  Asian-American community through Bayanihan Student Organization. Additionally, Ella represents Eckstein Residential Hall as a senator for Marquette University Student Government and serves on the Student Life and Racial Equity and Justice committees. With an extensive community involvement and leadership background, she hopes to become more involved in the Milwaukee community through service, and promote greater diversity and inclusion across campus.

Leen Mortada is a sophomore double majoring in International Affairs and Criminology with a minor in Social Justice and Welfare. She currently serves as treasurer of both the Muslim Student Association and Students for Justice in Palestine. She also works as a Program Intern in the Center for Engagement and Inclusion and is on the committee for the Student Success Initiative program. She is involved in both the Honors and E-lead programs. Lastly, she volunteers for the Big Brother Big Sister of America program and tutors for the EOP program.

Noah Smith is a junior at Marquette. He is majoring in English Literature and German with a minor in medieval studies. He is a co-coordinator for midnight run, a director of retreats, and a tutor at the writing center. He has been in the MU4Gold scholars program in which he did, and continues to do, research on rare books in the Raynor Library Special Collections. He is also an intern for the Pope's Worldwide Prayer Network, an organization that promotes prayer and spiritual devotions as well as attention to the Pope's concerns for the Catholic Church and the world.

Clare Murphy is a senior majoring in biomedical engineering and minoring in supply chain. Throughout her time at Marquette, Clare has served in numerous leadership roles for different clubs, including Running Club Secretary, Campus Ministry Retreat Leader, and Student Director. In addition to servant leading peers through club organizations, Clare strives to give back to her community by regularly volunteering with Midnight Run and Marquette for Life. Clare is a strong advocate for promoting and upholding the dignity of all human life, and to Clare, that means doing whatever she can give of herself to help those in need, from volunteering at food pantries, to pregnancy care centers, and simply being a friend for another person. 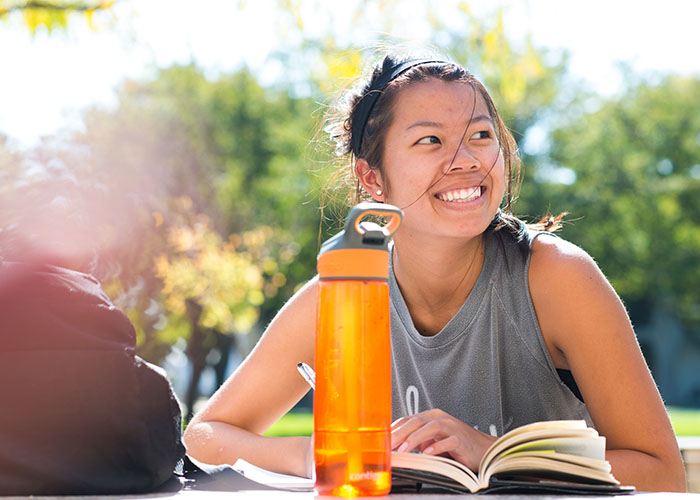