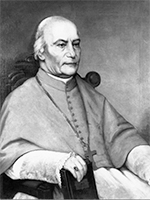 Marquette began as a dream of the Most Rev. John Martin Henni the first Catholic bishop of Milwaukee, but it took a trip overseas to find an investor to make it a reality. Belgian businessman Guillaume Joseph DeBoey promised $16,000 for the proposed "academy of learning." It was hardly enough to fund the establishment of a college but just enough to keep Bishop Henni's dream alive for the next eight years until he could purchase a parcel of land on a hill topping today's North 10th and West State streets.

Throughout the years, thousands of students have passed through Marquette's halls and classrooms, aspiring to achieve academic success and a spiritual foundation to last a lifetime.

Marquette was founded in the rich tradition of the Society of Jesus, a Catholic religious order established in 1540 by St. Ignatius Loyola. The university is named after Rev. Jacques Marquette, S.J. (1637-75), a French missionary and explorer in North America. 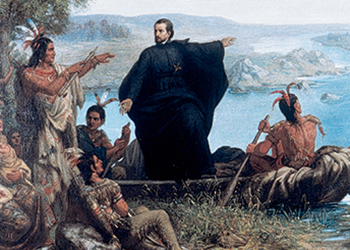 Marquette University is named after Rev. Jacques Marquette, S.J., a French Jesuit explorer and missionary whose 17th-century travels are an integral part of the history of Milwaukee, Wisconsin and the Midwest.

In recognition of his Father Marquette's pioneering spirit, Milwaukee’s first bishop, the Most Rev. John Martin Henni, used him as inspiration when Marquette College opened in September 1881. Today, Father Marquette is commemorated in the university crest, and a large statue of him stands near St. Joan of Arc Chapel on campus. He’s even on Twitter. 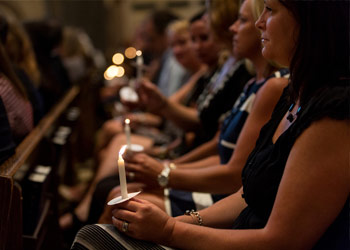 Marquette's mission and vision statements define who we are and what we do. To that end, the Office of University Mission and Ministry promotes awareness and helps realize Our History in every dimension of university life.

Learn more about the Office of University Mission and Ministry