The great William Shakespeare produced his remarkable literary creations more than 400 years ago, and this year marks the quadricentennial of his death. An exhibit now on display in the Libraries' Prucha Reading Room bridges the centuries and allows visitors to connect with rare editions of his works and of influential books of his lifetime.

Among Shakespeare's works on display is an early facsimile of the 1623 First Folio--the first collection of all his plays, including several that were unpublished during his lifetime. Also included are several original, later editions of his works, illustrating not only the enduring popularity of his writing, but also the different editorial approaches applied to his work over time. For example, the exhibit includes a 1723 collected edition edited by famed poet Alexander Pope, in which more than 1,500 lines were removed into footnotes, on account of Pope's belief that they were not authentically written by Shakespeare. The exhibit also offers a glimpse of the literary environment during Shakespeare's time via a selection of contemporaneous publications, including a 1606 collection of works by Homer.

The exhibit will be on display through the end of 2016 in Raynor Library's third-floor Prucha Reading Room. It was created by the Libraries' Department of Special Collections and University Archives, whose rare book collection provides researcher and instructional access to historical editions of an array of classic English literature. Questions about the exhibit and the rare books collection can be directed to department head Amy Cooper-Cary. 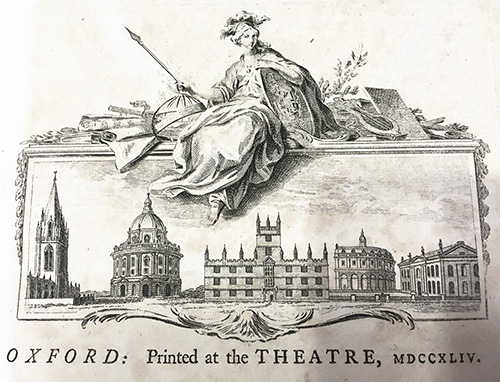 Portion of title page from The Works of Shakespear (1744) 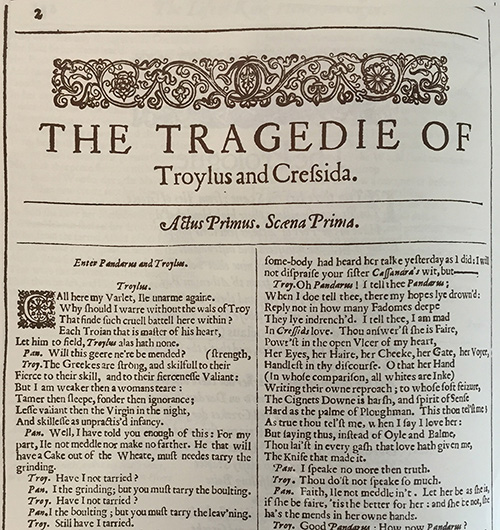