Marquette.edu // Office of Research and Innovation //

In 1998, Haggerty Enterprises, Inc., announced the endowed award, established to honor Lawrence Haggerty. Throughout his career and until his death in 1994, Lawrence Haggerty generously supported Marquette through various initiatives, including his sponsorship of the Reverend John P. Raynor, S.J., Faculty Award for Teaching Excellence. Thus, it is a fitting tribute that the Lawrence G. Haggerty Faculty Award for Excellence in Research complements, in the name of scholarship, Lawrence Haggerty’s all-encompassing belief in excellence. For more information on the history of the award, visit the University Honors page.

During 38 years at Marquette, Prof. Donaldson has exemplified the teacher-scholar model. While regularly teaching the large Organic Chemistry courses enrolling >250 students per semester, he and his co-workers have published over 120 research articles and been awarded more than $ 2¼ million in external funding to support his research. He is internationally recognized for his group’s contributions in the area of (diene)- and (dienyl)iron complexes and the application of these reagents to organic synthesis. This recognition has led to invitations to present his group’s research at 80 institutions of higher learning both in the US and abroad, as well as invitation to serve a three-year term a NIH Study Section Chair for the review of NRSA applications.

Recently, Prof. Donaldson has turned his attention to the synthesis of potent and selective agonists of estrogen receptor beta. A compound designed and prepared in his laboratory, titled EGX358, shows efficacy for memory consolidation and moderation of hot flashes in an ovariectomized mouse model of menopause. Due to the selectivity of this compound, it does not exhibit the risk for breast cancer proliferation of traditional hormone therapies. Based on these results Donaldson, along with Profs. Sem and Frick from Concordia University and UW-Milwaukee, co-founded Estrigenix Therapeutics a drug discovery company dedicated to improving women’s health. 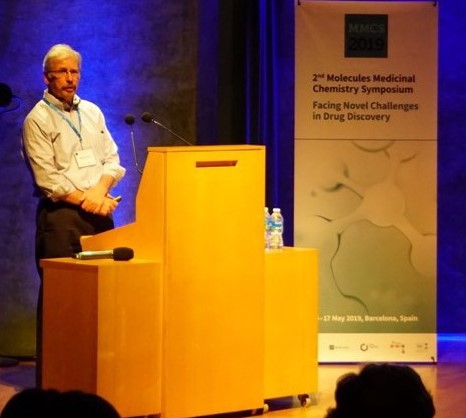 Although he is retiring from formal teaching in 2021, Prof. Donaldson’s active research grants will allow him to continue his research activity on campus as well as at Estrigenix. In 1995, Prof. Donaldson received the Rev. John P. Raynor Faculty Award for Excellence in Teaching Award. It is fitting that he is also recognized by receipt of the Lawrence G. Haggerty Award for Excellence in Research, making him one of the group of very rare individuals who have won MU’s highest awards in both scholarship and teaching.

To view past recipients of the award, view the University Honors page. 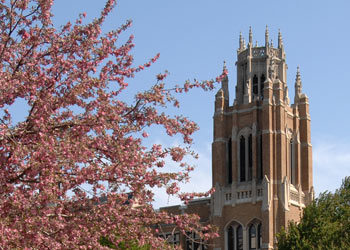