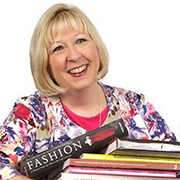 She has directed professionally for In Tandem Theatre, Playwright’s Theatre of Milwaukee, Playwright’s Studio Theatre, and Casa Mañana Playhouse. She is also an Equity actress.

At Marquette, Deb has designed costumes for over 60 Mainstage productions, and directed over 20 plays.

Deb has been very active in the United States Institute for Theatre Technology (the only professional organization in the US for theatre designers and technicians) since 1980 and has held several national offices, the two most important being Commissioner of the Costume Design & Technology Commission (1997-2002) and a Director-at-Large for the National Board of Directors (2006-2009, 1994-1997, and 2003-2006).

Deb is serving a three-year term as a Director-at-Large for United States Institute for Theatre Technology.  She was named a Fellow of the Institute, which is an honorary designation bestowed for life upon those USITT members who have made a truly outstanding contribution to the profession of theatre and the work of USITT.  Further, Deb has been active in the Midwest Section of USITT since 1989 and has held the following offices at the regional level: Chair, USITT Midwest Section (1994-1996), Member Executive Board, USITT Midwest (1990-1993).

Additional affiliations include a member of the Costume Society of America, a member of the Alpha Psi Omega National Honorary Dramatic Fraternity, and has been a member of Actor’s Equity Association since 1983.

2008: Named a Fellow of the United States Institute for Theatre Technology (USITT)

2001: Director of MU Theatre's production of "The Merry Wives of Windsor," which was selected to participate in the Kennedy Center / American College Theatre Festival's Region III competition, Jan. 2001 in Evansville, IN.

1997: Dean’s Award for Outstanding Service to the University, College of Communication

Director, "Most Dangerous Women," with Milwaukee Public Theatre (in progress).

Stage Director for “No Safety in Numbers” by Stan Peale, and performed the role of “Friend” in PARTY by Laura MacMahon for the Playwright’s Studio theatre 10 Minute Play Festival Nov.-Dec. 2006

Deb came to Marquette in 1984 after working in professional theatre expecting to stay a few years, and hasn’t left yet! She fell in love with MU students – they are smart, hardworking and talented. She believes in the liberal arts approach to training theatre artists, and knows MU is a special place where Performing Arts undergrads get unique training and opportunities not offered in other BA programs. She also appreciates the freedom to “cross over” at MU – to be able to design AND direct AND perform. She encourages her students to be students to be cross-trained as well, which increases their employment potential and gives them informed insight into all areas of the art and craft of theatre.