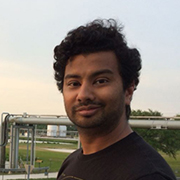 MFA in Documentary Film and Video; Stanford University, 2019
BA's in Cinema and Media Studies, Religion in the Humanities; University of Chicago, 2006

I am interested in exploring different ways documentary and media can engage social issues, and vice versa. This means expanding and updating the visual language of the social issue documentary, including into new media, as well as thinking through how social issues are affected by and embodied in film form itself.

Waking in Oak Creek, Not In Our Town/The Working Group Production, 2013, Field Producer, Cinematographer
Short documentary about the community response to the 2012 massacre at a Sikh temple in Oak Creek, Wisconsin.
Various PBS Affiliate Broadcast, Web-release, 2013.

Documentary filmmaking is not just a technical exercise, but an artform that demands the best kind of creativity, critical thinking, ethical engagement, and commitment to social justice.