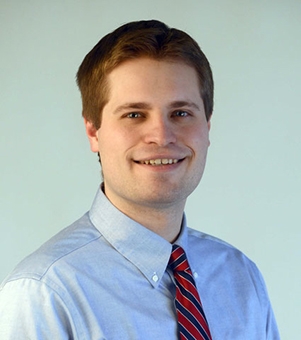 Journalist strives to keep readers aware of their community

Shortly after graduating from the Diederich College of Communication in 2010, Chris Placek joined the Daily Herald covering news in a five-county Chicago suburban area. Years writing for the Marquette Tribune helped prepare him for a career in journalism.

Chris talks about his life experiences that have led him to become a reporter today.

1. When did you decide you wanted to be a reporter?

I knew in third grade that I wanted to be a reporter. That year at Edgebrook Elementary School in Chicago, we learned all about Chicago history and had an associated "Chicago Fair" where my assignment was to do a report about the Chicago Tribune and build a scale model of the Tribune Tower. In sixth grade, I became the publisher of my very own family newspaper, the Placek Press. I went onto high school, where I worked on the school paper, and later at Marquette, spent four years at the Marquette Tribune as a reporter and editor.

2. What do you like best about working for a regional paper?

There's a lot of attention in the media given to presidential elections and overseas conflicts - and they are important things to cover - but I believe the Daily Herald best serves its readers with local coverage they can't get from national news organizations, local TV stations, or even the two Chicago daily newspapers. It's important to have reporters at village board meetings, holding public officials at the local level accountable. It's important for us to cover stories about Christmas dinners for the needy, too, showing the good that comes from our communities. It's our job to report about the good, the bad, and everything in between. The newspaper should be a reflection of the area we cover. What's great about working for a paper like the Daily Herald is having the ability to report and write about so many different things that shape the Chicago suburbs. Every day at work is different, particularly as a general assignment reporter. Variety, they say, is the spice of life.

3. Of the stories you have covered, what stands out?

Following local politics is often the same as watching a gripping sporting event, or even soap opera. There's always drama and intrigue. I've reported extensively on local controversies, including an intergovernmental dispute between the village of Glen Ellyn and College of DuPage, and debates on the Carol Stream library board that resulted in the firing of the library director. Among the feature stories I've worked on, I enjoyed writing about two suburban drive-in movie theaters - relics from the past that have been able to stay afloat by converting to digital film.

4. How has being an Eagle Scout impacted your life?

I learned many life lessons from Scouting. To name a few: setting goals and working hard to accomplish them, learning how to face and overcome challenges, and working together as a team. Those themes came into play many times over along the course of campouts, hiking and cycling trips, service projects and pancake breakfast fundraisers. I also think what Scouting stands for - being trustworthy, loyal, helpful, friendly, courteous, kind, obedient, cheerful, thrifty, brave, clean and reverent - are good character-building values.

5. Why do you think MU graduates are so quick to help new graduates?

One of my journalism professors always encouraged us to go out, network, make connections, and get advice from the many Marquette graduates working in the professional world. Alumni remember what it was like to have that fresh diploma in hand, saying "goodbye" to college life and "hello" to the daunting real world. So we want to help where we can. There's a track record of Marquette graduates doing great things in the world, and we want to encourage our recent graduates to carry on the tradition.

6. Where do you see the future of journalism hard news?

There will always be a need and desire for news. The future of the printed product is unclear; there may be fewer newspapers long term, but that doesn't mean everything the newspaper does will be extinguished. Certainly online journalism and the exposure of social media has changed the way things have been done for a long time. But at the very heart of it, reporters and editors should stay true to their mission of delivering news to their readers in an accurate and fair way - no matter the format.

I always wanted to work for a newspaper - and it was my goal throughout elementary school, high school and college to get there. Now that I'm there, I really couldn't imagine myself in another field. The news business is changing, but I want to be part of journalism's future. I believe there's still value to the work we do.