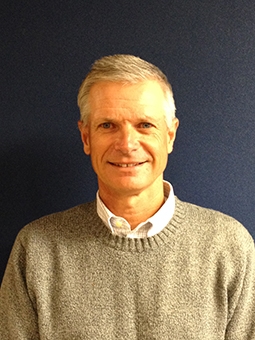 Tom Osowski, Journalism 1982, has been a scout for the Detroit Tigers for 10 years. Many people would consider it a dream job. Tom looks at it as a challenge to find great young men to play baseball. He also gives back to Marquette by being a mentor to journalism students.

1. Was scouting always your dream?

I was working in the Angels' front office in Anaheim, California in the fall of 1990 when the team's scouting director approached me about a scouting job with the Angels. I told him the main reason I had gotten into professional baseball was because of my interest in the game itself and the players on the field, but that I never thought about scouting seeing as I never played beyond high school. He told me he had never played beyond high school either. He proceeded to tell me what it took to be a good scout, told me he'd be patient with me and a day later I was packing my things and returning home to Milwaukee to start my scouting career.

2. How did you transition from journalism to scouting?

My first transition after graduation was actually from journalism to business. I worked four years helping to run three different minor league baseball teams as general (business) manager and followed that up working two years as director of season ticket sales for the Milwaukee Brewers. I made a lot of cold sales calls both in person and on the phone, and that is never fun. Scouting taps into interviewing and writing skills that I developed at Marquette. As a scout, I am expected to know the high school and collegiate players I evaluate both on and off the field. Part of that process is interviewing the players to learn more about their family backgrounds, past athletic experiences, people who have influenced their lives and professional goals. After watching players play, I write descriptive reports on their abilities and project their futures as professional players.

3. What qualities do you look for in a young player? What is the most important?

Clearly, talent is the overriding consideration in scouting young baseball players. Baseball players fall into one of two categories: position players and pitchers. For position players, we grade the five abilities (referred to as "tools" in the scouting world) of hitting for average, hitting for power, running, fielding and throwing. For pitchers, we look for size (bigger is usually considered better), velocity (measured by a radar gun), delivery (coordination of the pitching movement) and arm action (looseness of the arm circle.)

In addition to grading players' abilities, we also look for intangibles like work ethic, ability to take instruction, ability to make adjustments and understanding of the nuances of baseball. For me, young players really need to be great workers because the climb to the major leagues is very competitive, and it's only through very hard work that a player can reach his potential.

4. What do you enjoy most about what you do?

There is much I enjoy about my job. I guess the thing I enjoy the most is being able to identify a young player as a prospect, recommending him in the area of the draft he gets selected in, following his progress through the developmental stages of the minor leagues and then seeing him get called up the Major Leagues. Ideally, that happens with the club I'm working for, but there are 29 Major League clubs in addition to the Tigers and we draft and sign only a small percentage of the players I recommend.