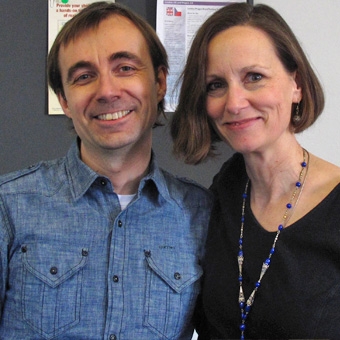 Visiting Professor Compares Advertising in Spain and the United States

Just how different is the advertising culture in the United States from that of Spain?

This question is one that Associate Professor Jean Grow and David Roca, associate professor at the Autònoma University of Barcelona seek to answer.

Roca found Grow after discovering one of her articles on the lack of women in advertising creative departments. They began collaborating via Skype. Throughout her research she noticed a theme: although large numbers of women studied the subject in school, a relatively low percentage of them actually went on to work in the industry. The two compared notes and discovered a striking similarity in their findings. From this exchange, a collaboration was formed.

Their current project together is an article titled “Where are the Women: Creative Voices from Spain and the United States.” The article was completed long distance with the help of Skype and the Internet. The duo plans to present their collaboration at the American Academy of Advertising’s International conference in Milan, Italy later in the year, and to submit the article for publication to the International Journal of Advertising.

Roca is visiting the Diederich College of Communication to examine both the American advertising culture and the university environment in closer proximity, and will be here for the rest of the spring semester.

“I would like to meet as many people as possible while I’m here,” he says. “To talk and interact and just share experiences with others.”

During his visit, Roca hopes to visit many classes and share his ideas and expertise with students and to observe advertising curriculum in American classrooms. He is also open to discussing some of the projects that his own students create, such advertising campaigns, blogging.

Grow and Roca hope to foster a cultural exchange program between students in the Diederich College of Communication and the Autònoma University of Barcelona, and both hope that Roca’s visit is only the beginning.

“There are so many future possibilities,” he says.