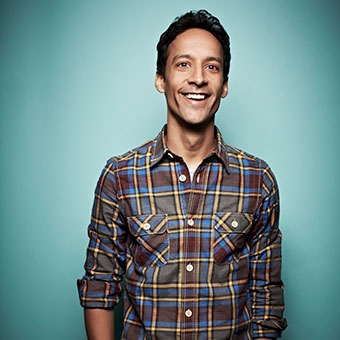 Daniel Mark Pudi was born on March 10, 1979 in Chicago, Illinois. During the course of his career, he has starred with many acting greats, including Donald Glover, Chevy Chase and Joel McHale. He was nominated for the Critics' Choice Television Award for Best Supporting Actor in a Comedy Series for his work in Community. Danny made his debut as a director with a short film called "Untucked" about Marquette's legendary basketball uniforms for the ESPN 30 for 30 series.

While a student at Marquette, Pudi lived in Schroeder Hall and worked as a campus tour guide. Some of his favorite memories include the friendships he formed and meeting girls after attending an all-boys high school. During his Freshman year, Pudi met his future wife, Bridget Showalter, who also studied Communication at Marquette. He became interested in improv comedy and won the Chris Farley Scholarship award. This annual scholarship is sponsored by the Farley family and awarded to one Theatre Arts student each year.

After graduating from Marquette, Pudi worked as a recruiter and studied comedy at Second City in Chicago to strengthen his improv comedy skills. In 2005, he and Showalter moved to Los Angeles so that he could pursue acting. An actor and comedian, he has built a successful career acting in movies and tv shows. Pudi is known for his roles in Community (2009–2015), Knights of Badassdom (2013) and DuckTales (2017). Pudi and Showalter are the parents of fraternal twins James Timothy and Fiona Leigh who were born in 2012.

Despite his busy acting schedule, Pudi has returned to Marquette several times as an alumnus. In 2016, he was the master of ceremonies for the National Marquette Day pep rally. He enjoys watching sports and is a self-professed super fan of Marquette basketball.