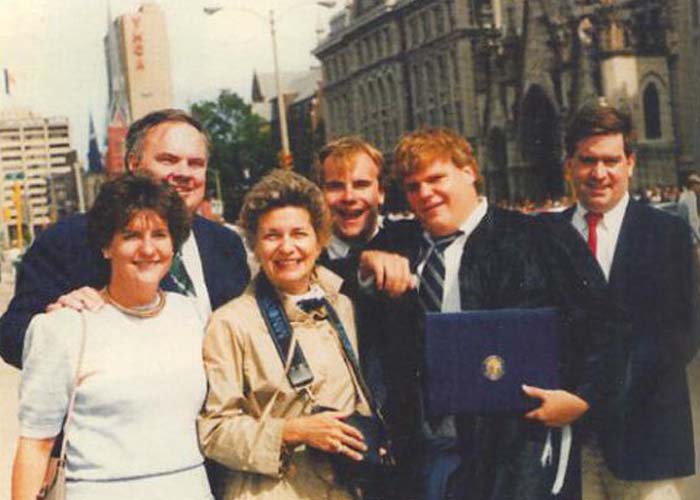 Chris Farley, a student in the Marquette University College of Speech, became a popular comedian and actor. Perhaps best known for his work on Saturday Night Live, Chris also starred in several hit movies before his untimely death in 1997. The Christopher Crosby Farley Scholarship is a Merit award presented to a student with senior standing in any major in the Diederich College of Communication for creativity and positive use of humor, based on application and audition.

The deadline to apply for the fall semester was Friday, October 28. If you have any questions, reach out to comm@marquette.edu.

Current and Past Winners

Deija Richards, a student majoring in Theatre Arts, is the 2020 winner.

Garrett Christiaens is the 2019 winner. Garrett shares family stories growing up in Montana.

Danny Lang is the 2018 winner. He discusses his challenges incoming out to his parents, overcoming stage fright and performing in his high school production of Grease, while battling shingles and a sinus infection.

The 2017 Chris Farley Scholarship Competition Winner is Michael Nicholas, for his song "Like Chris."